MTN Nigeria recently launched a converged digital TV and over-the-top (OTT) video on demand service in the city of Jos, according to media reports in the region. 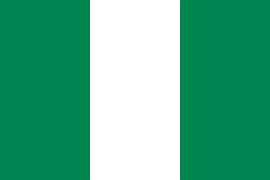 It’s understood the service is providing viewers with a mix of local and international content, accessible traditionally or over VoD. An MTN spokesman told South African publication TechCentral that the service will yield around 40 channels over two DTT multiplexers.

There were nearly 16m pay-TV subscriptions across Africa as of Q2 2015, according to research from Dataxis, which was a year on year increase of 18%. Nigeria is the second biggest pay TV market in Africa after South Africa, according to Dataxis. Research also showed that there were nearly 18m total TV households across Nigeria by the end of 2014, meaning a TV penetration of 56%. In October 2015, almost 85% of Nigerian TV households only had access Free-To-Air (FTA) terrestrial services.