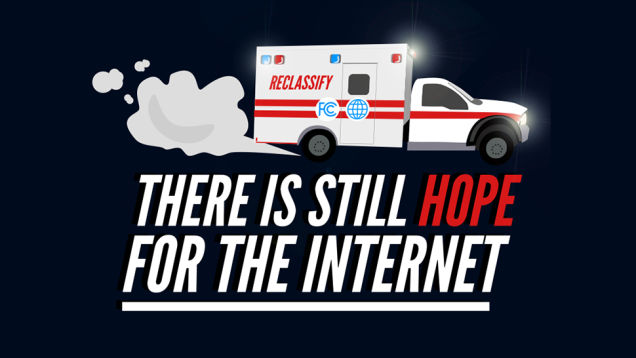 Cable and telecom trade associations asked the D.C. Circuit Court of Appeals to stay the FCC’s move to reclassify the Internet as a Title II telecommunications service, a regulatory maneuver to give the agency authority to impose robust net neutrality rules. The FCC’s rules — passed in a 3-2 vote in February — go into effect on June 12.

But Internet service providers are asking the D.C. Circuit to set aside the FCC’s effort to reclassify before that date. They are not seeking a stay on net neutrality rules that prohibit ISPs from blocking or throttling content for video on demand services, or from engaging in paid prioritization. Nevertheless, there is some question as to whether the FCC would have the legal footing to implement those rules without reclassification.

The National Cable and Telecommunications Assn., USTelecom, CTIA-the Wireless Assn., AT&T, the American Cable Assn., CenturyLink and the Wireless Internet Service Providers Assn. insist that broadband service is still an information service and not a utility-like common carrier, and they call the FCC’s actions “independently unlawful.” They contend that the agency “abandoned its own long-standing classification decisions without grappling with either its prior legal conclusions and factual findings or the billions of dollars invested in reliance on prior policy.”