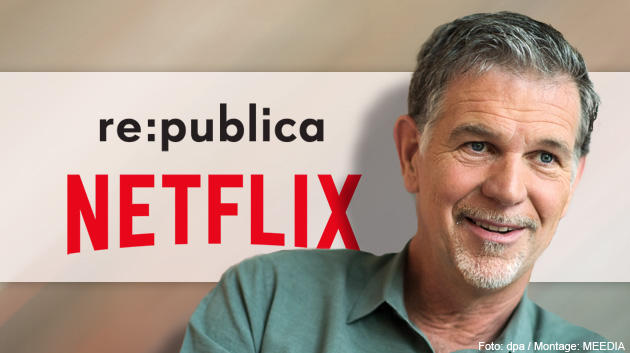 The future of television is about much more than just a change in the way that TV content is delivered, says Netflix’s CEO.

When it comes to the transformation of the medium we call television, there’s arguably no other company that sums up that disruption better than Netflix—a former DVD-rental company that has become one of the most powerful streaming-video players in the world, accounting for an estimated 35% of the traffic on the Internet. So it’s probably worth paying attention when Netflix co-founder and CEO Reed Hastings talks about the future of television.

Speaking to attendees at the Re:publica conference in Berlin last week, Hastings said that what he likes to call “linear TV”—in other words, the kind most of us grew up with, where a show takes place on a certain channel at a certain time—has a fairly bleak future (thanks to Quartz for pointing to the speech). “We will come to see that linear TV declines every year for the next 20 years,” Hastings said, “and that internet TV rises every year for the next 20 years.”

This prediction may seem somewhat obvious now, but not that long ago it would have been laughed at in the boardrooms of many conventional TV players, who were convinced (despite the evidence from the music business) that television was relatively immune to Internet-based disruption, at least in the short-term. Those companies are now watching subscriber numbers decline consistently from quarter to quarter, as “cord cutters” and others trade linear TV for a variety of more flexible and appealing options like Video streaming servers and video streaming services.

Consumers Spending Over $6 per Month on Netflix, Hulu Plus & Other SVOD