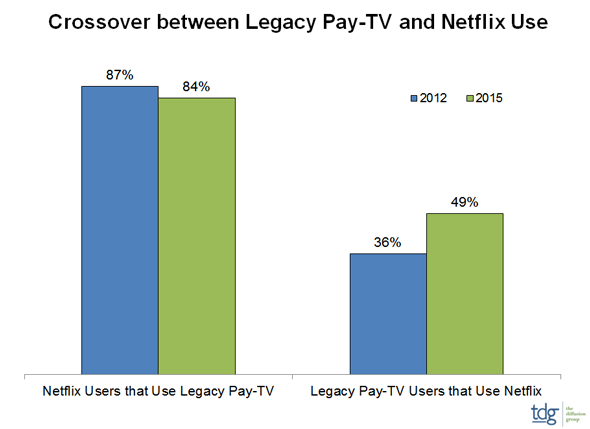 Netflix is often viewed as a video tool tailored for cord-cutters, but new data from The Diffusion Group shows that the use of traditional pay TV services among Netflix subscribers has remained relatively stable.

TDG said legacy pay TV service usage among the Netflix group has dropped just three points in the last three years – from 87%, to 84%.