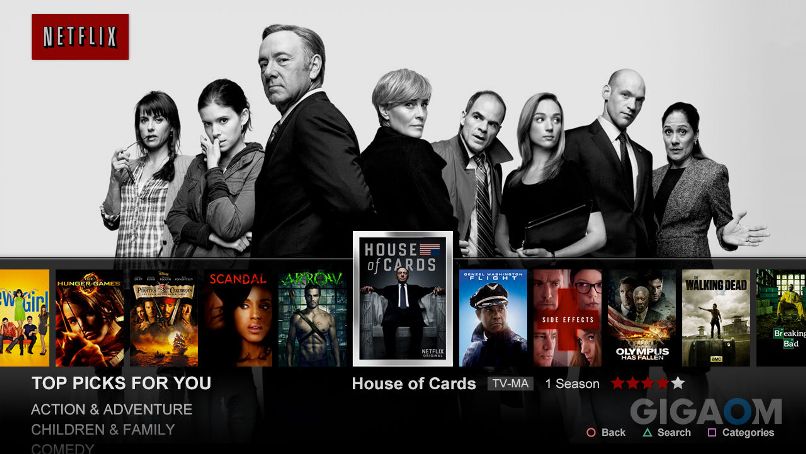 Netflix is promising a faster and more slick service to Australian customers with its new-look. The on-demand TV service is rolling out a faster ‘user-friendly’ interface which gives more information about the show you’re about to watch in quick time, just by hovering over a title.

It will be available in Australia within days and 49 other countries after that. ‘Yes, it’s a pretty big deal, it’s our first update in four years,’ Netflix corporate communications director Cliff Edwards told Daily Mail Australia.

‘Customers will be able to watch their favourite programs even easier and quicker with the changes.’ Mr Edwards insisted there was enough space in the video on demand industry for several players, including Stan and Presto. However, one of the company’s corporate masterminds did put traditional and PAY-TV on notice.

‘There’s tonnes of space in the market, it’s very young, very cheap generally and you are not breaking the bank,’ he said.

‘You pay a lot more for cable and PAY TV and it’s pretty clear that linear television is going to go away over time, so there has to be some sort of movement on their part.’

‘What’s great about most competition in most services, is that they’ve adopted what we have you and in most cases you can try it out for 30 days, a lot of people do that and then decide.

‘These aren’t super expensive services, try them out, see what you think and we work on ensuring that you have a great experience, from streaming to great licence content.’

Netflix bosses say they combine what their boffins see with the wish-list from customers.

OTT Video Services About To Face Saturation In The US Market