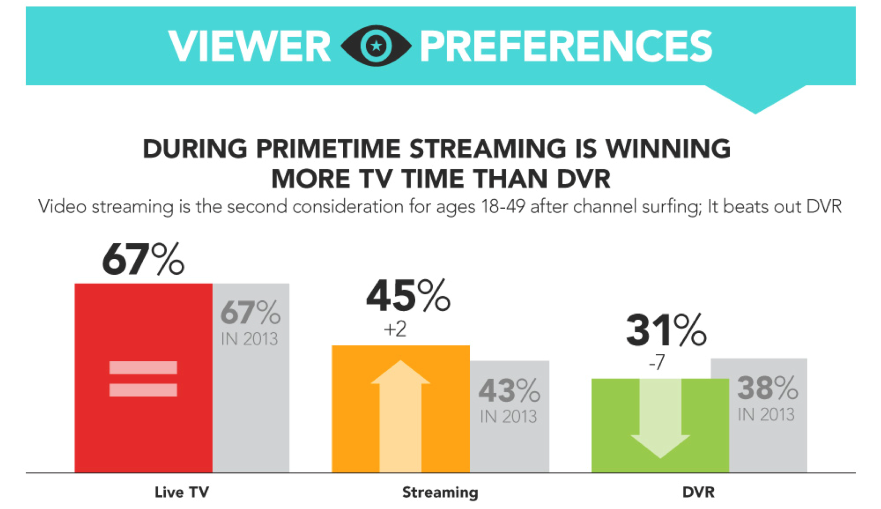 This year’s Emmy ballot is being culled from the greatest number of scripted dramas eligible in the history of the Television Academy. From Orange Is the New Black to Game of Thrones, from House of Cards to Grace and Frankie, we are enjoying some of the highest-quality TV programming that’s ever been produced and we’re binge-watching many shows whenever and wherever we choose. The irony of this so-called “Golden Age of Television” is that in the corporate corridors of the TV industry, many are still searching for the pot of gold at the end of this programming rainbow – in other words, we’re still looking for the sustaining financial model that will secure the future of the medium.

To many bystanders, the dichotomy of watching the greatest number of big-budget quality productions being created at the very same time as pundits prognosticate the death of cable, satellite, and broadcast networks makes the off-screen drama as compelling as anything happening on-screen. Here’s what we know: The $290 billion global television market is being disrupted by six billion mobile devices and a new generation of consumers that demand their programming when, how, and where they want it. Multi-billion dollar media companies, broadcasters, and cable oligopolies are having to compete for both eyeballs and revenues with a plethora of multinational technology and telecommunications giants who know more about viewer behavior.

But an analysis of a comprehensive panel of 22,000 adults fielded this past year by Frank N. Magid Associates yields a surprising finding: OTT is growing the overall pie, not slicing it up. According to Magid’s latest research, instead of fighting over crumbs, OTT video services are akin to having a second helping.