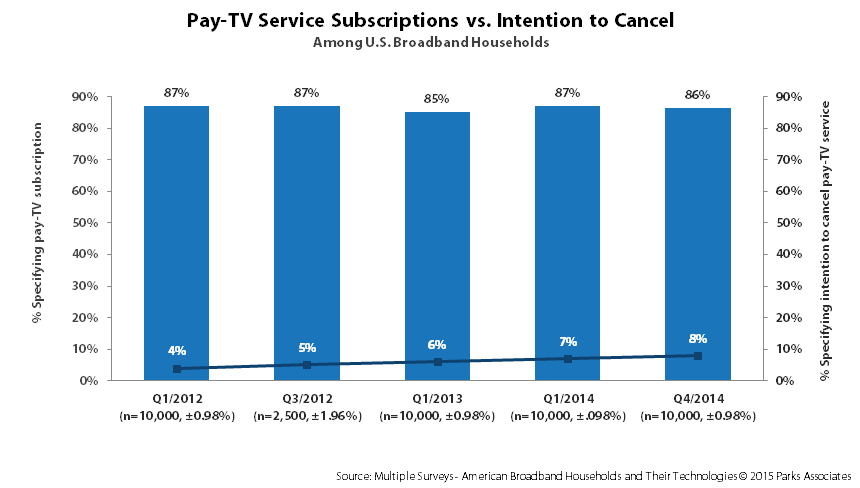 According to a recent Parks Associates survey, reported by Joseph Palenchar, a total of 57% of U.S. broadband households subscribe to an (over-the-top) OTT video service (streaming of video content over the Internet without the involvement of a multiple-system operator.) And, 7% of broadband households, or 8.4 million, subscribe to at least one OTT video service but not to a pay TV service, the survey found.

The 7% includes consumers who discontinued pay TV service and those who never subscribed to pay TV, says the report. In other Western nations, the figure is 4% or less. Although pay TV operators are introducing their own OTT services to appeal to consumers who don’t subscribe to pay TV, “… the OTT video-services marketplace continues its rapid rate of change, impacting the video ecosystem across world markets… ” said research director Brett Sappington.

Just a couple of years ago, says the report, over-the-top (OTT) service was being called “an attractive new gateway to reach TV viewers.” But, today, it seems that almost everyone is using OTT video services, either to supplement traditional cable TV services or sometimes as a total replacement for pay TV.