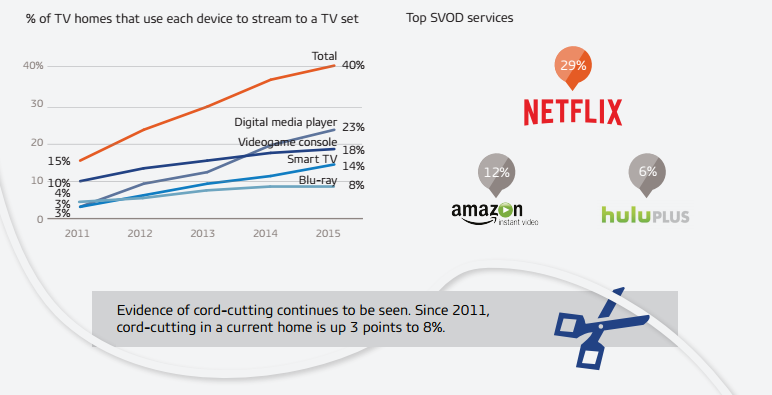 At a time when streaming video viewing is upending TV business models, a new GfK study sheds light on the phenomenon, including which Internet-connected devices and services different viewers prefer.

The 2015 Ownership and Trend Report, from GfK’s The Home Technology Monitor, reveals that households with at least one member of Generation X (roughly ages 35 to 49), and those where children (ages 17 and under) are present, are much more likely to stream video and view other content using an Internet-connected device attached to a TV – also known as “over-the-top” (OTT) viewing.

More than half (54%) of homes with kids view OTT content on a TV set, compared with a national average of 40% of all TV households. Child households are also significantly more likely than those without kids to be using all four key devices to watch OTT video services on a set.