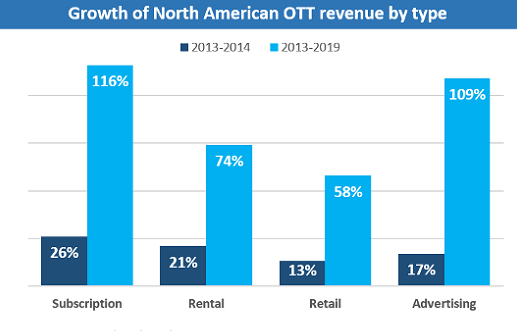 The tide is turning. Once considered merely an “early adopter” offering, over-the-top VoD services are poised to come into their own and earn some big bucks.