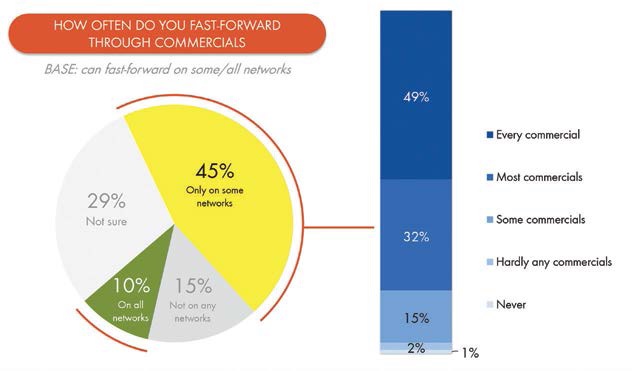 Reports that Comcast might acquire Visible World, a programmatic TV ad platform provider, put a spotlight recently on the overhaul taking place in the video advertising world. Shortly after that announcement, the beam intensified when Nielsen bought eXelate, a data firm focused on digital advertising.

These deals—and a slew of similar alliances—are reshaping the TV advertising landscape, integrating commercial delivery, targeting and measurement, including ad effectiveness. The timing is impeccable too, paving the way for the advanced marketing options that ATSC 3.0 will enable.

Coinciding with these structural deals are developments that underscore viewers’ and advertisers’ changing expectations in the on-demand media era. For example, HUB Research LLC’s February “Study on Time-Shifted vs. Live TV Viewing” repeatedly showed that viewers want to use technology to control commercials that they see. Although HUB’s study focused on video-on-demand and digital video recording use, extensive parts of its report looked at “ad avoidance as a driver of time shifting.”

“It’s not a revelation, but it confirms what everyone expected,” said Jon Giegengack, a co-founder/principal of HUB. “It shows that while DVR and Video Streaming server are really good for the traditional TV industry, the longer we go down this road the more pressure there is on the traditional model of making money through advertising.”