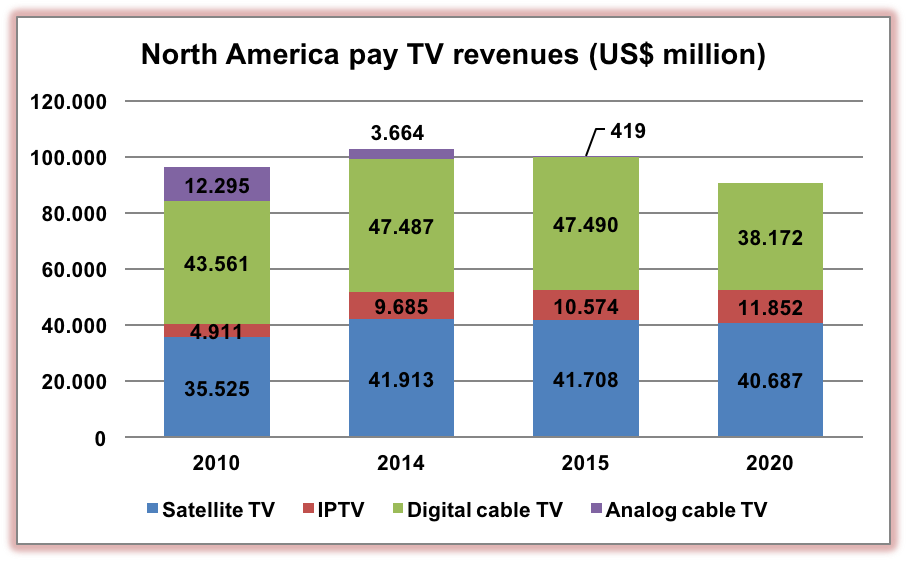 Is the pay-TV model collapsing or just in need of a major upgrade?

With the North American pay-TV industry now losing subscribers, OTT video services gaining rapidly and cord-cutting on the rise, the traditional television model is certainly under assault as never before. In the US, for example, the number of TV households without a pay-TV subscription will climb to a sizable 26.7 million in 2019, up from 18.6 million in 2008, according to the latest projections by IHS Inc. late last month.

As has been widely reported, the cable industry is particularly feeling the weight of this unprecedented decline. Although cable still rules the pay-TV space, at least in North America, the industry is shedding video customers by the millions each year. As a result, cable operators barely command 50% of the slowly but steadily dwindling pay-TV market today.

All that doesn’t mean that the traditional pay-TV business is, well, going out of business anytime soon. After all, there are still something like 100 million pay-TV subscribers in the US alone. They are not going to just go away overnight.