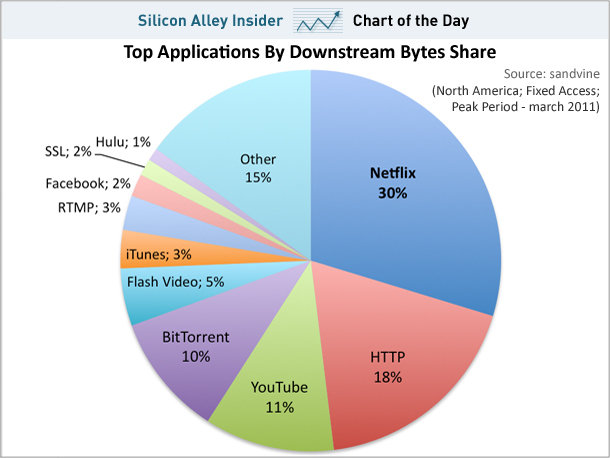 Whatever the true effect of the likes of YouTube and Netflix on pay-TV, what is beyond doubt, says Futuresource Consulting, is the impact of such services on broadband traffic.

Indeed according to the analyst’s latest broadband report, video now accounts for the majority of broadband traffic, driven mainly by the continued global growth of the aforementioned OTT platform offerings. Moreover Futuresource expects bandwidth requirements to be further stretched with the increasing adoption of capacity-hungry 4KTV content which it predicts will initially be delivered mainly via online-based services.

The report also shows that consumption is being boosted by the proliferation of smartphones, which are at 37% global personal penetration, and tablet devices, with a global household penetration of 26%. This rapid growth in demand, says Futuresource, is being fuelled by a growing range of functionality and services not least of which will be the Internet of Things (IoT) as it turns rapidly into a commercial reality, bringing with it an explosion of connected devices all demanding bandwidth.