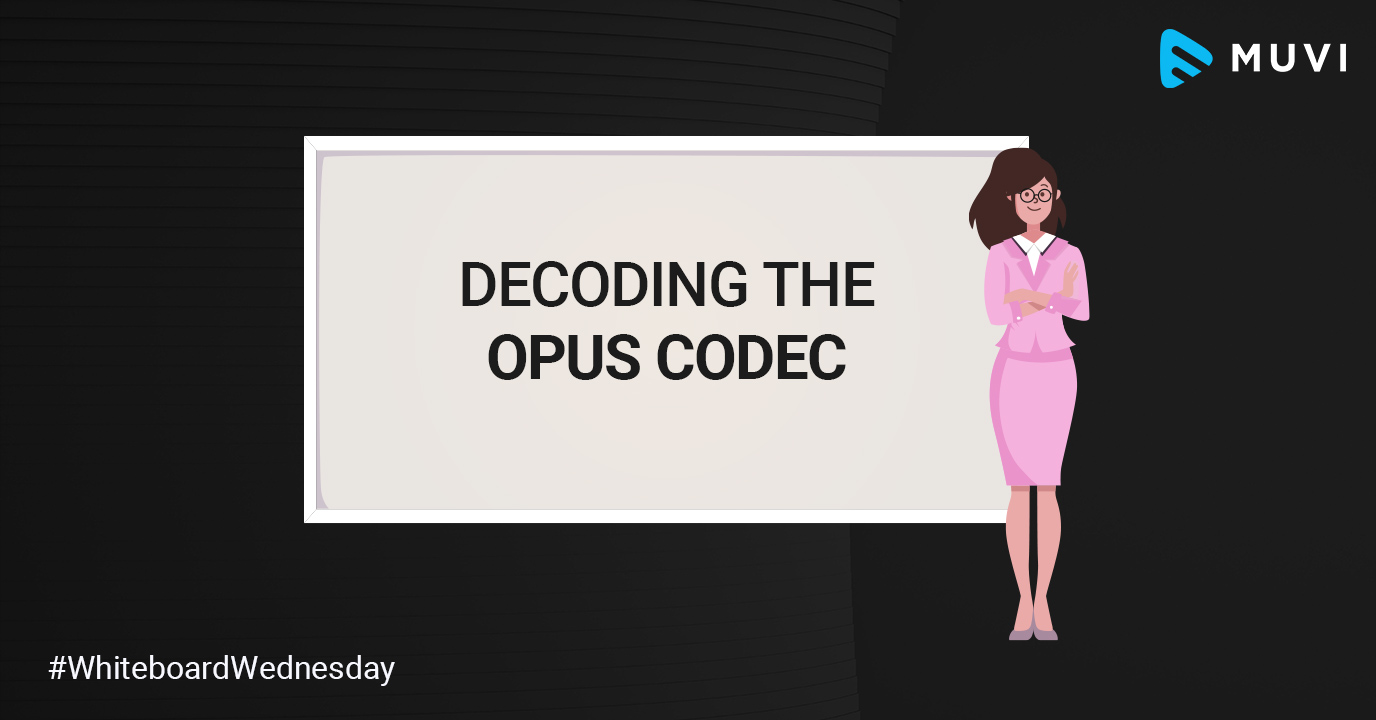 In today’s blog we will be elaborating on the highly capable codec developed by Xiph.Org Foundation- the Opus codec, particularly, what it is used for, its benefits and Opus’  role in the online audio industry. Before that, let’s quickly run over the basics of audio encoding and codecs.

What is Audio Encoding?

Audio encoding is the process of converting raw audio footage into a digital format. The encoding process requires the use of an encoder, which comes in the form of both hardware and software. While hardware encoders are fast and reliable, they are also bulky and expensive.

A portmanteau of ‘coder-decoder’ or ‘compressor-decompressor’, a codec is a technology to distribute a video or audio file for playback, perform the function of shrinking or compressing the raw audio/video data into a more manageable size. The audio is shrunk considerably (compressed) for storage and transmission and later decompressed for viewing.

What is the Opus Codec?

Opus is a lossy audio coding format developed by the Xiph.Org Foundation. The highly capable audio codec was standardized by the Internet Engineering Task Force or IETF designed to efficiently code speech and audio in a single format that could cater to all the various use cases of audio transmission over the Internet — from simple voice calls to streaming live audio.

The Opus spec was submitted in 2010 and standardized in 2012. The Opus includes large parts of the CELT codec, Speex from Xiph.org, and SILK from Skype. However, blind listening tests have ranked the Opus higher-quality than any other standard audio format at any given bitrate including MP3, AAC, and HE-AAC.

Why is Opus Revolutionary?

Opus is revolutionary in terms of flexibility and capacity- its an highly efficient audio codec, far superior to its predecessors, bringing together a modern set of features designed to work across a range of environments. Since the codec is an internet standard, it has rightly fetched a huge amount of popularity, not to mention the other advantages it has – its efficient encoding performance, lack of royalties, and many open-source references.

Unique Features of the Opus Codec

The lag between when a speaker speaks on one end and when the listener on the other side of the internet hears it is known as audio latency. Opus is a low latency codec as it delivers high speed audio from source to end-point. Opus provides a very performant 26.5 ms latency using its default settings (20 ms frame size), making it highly suitable for voice communications.

One unique feature of Opus is that it works for both human voices and music. The human voice can be compressed more easily than music as human voices use a relatively limited range of frequencies and are referred to as narrowband.

What most speech oriented codecs strive for is Wideband audio as it captures the entire human speech range. Music, on the other hand, encompasses the full spectral range of what our ears are capable of hearing and is referred to as full band. Both these unique features can be performed by the Opus codec.

Opus, with the help of WebRTC, is used as a very useful tool for live streaming. Instead of using specialized hardware or software, broadcasters can directly send their audio from the browser with the help of a microphone or webcam. In such a live streaming workflow, the incoming Opus audio is converted to live stream formats, suitable for distribution through a CDN for playback.

The Future of Opus

The future of Opus looks bright as it has certain advantages over other audio codecs- its open source, highly capable audio codec, can be used for both music and human audio and is a low latency codec. Opus, with the latest major version release (1.3)  continues to improve, with loaded features like new low-bitrate performance improvements, better machine learning capabilities, and even support for 3D surround sound.