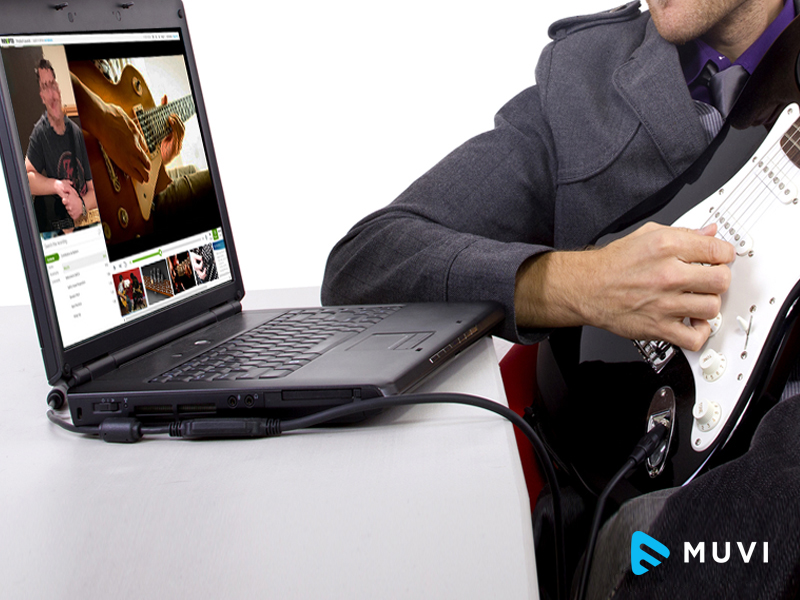 Meet Jessi– Jessi’s a small time guitar player based in a village in Croatia and works alternate nights at the local bar. To supplement his income, he goes around playing in neighborhood villages as and when gigs come up.

Jessi, like most of his friends, has access to good broadband service. Stumbling upon video shows of popular bands on YouTube, Jessi thought of uploading a gig of his own. He had an old recording of his work at a popular club. He uploaded it and reluctantly shared it on his own Facebook and other social media platforms. Little did he know that this reluctant act of his would be the biggest turning point of his life.

One morning he wakes up to see 100s of notifications on his phone. His video had been seen and shared, liked, upvoted by thousands of people, and most of the comments were from eager learners wishing to know how he played a particular tune. Jessi was a self learner. He showed the comments to his girl – Hanna who recommended him to record guitar teaching lessons and upload them onto YouTube.

Seeing the steady flow of followers on his videos, Jessi went full stream and started uploading guides and lessons every Friday. Ad revenues had started to flow in. Jessi now no longer needed to travel miles to perform at nearby places. His earnings were so much that he could now afford to setup an in-house streaming studio.

Jessi is now an independent online guitar teacher and is now moving his videos onto his own online platform powered by Muvi’s Video Streaming platform, so that he can have his own platform where he can not only monetize on Ad-Revenue but also sell his classes on a Pay-Per-View and Subscription model, opening up even bigger doors of revenue for him.

Jessi is just one of thousands of in-home professionals who have turned to the digital medium to share their knowledge and make money by making how to videos.

From ‘How to cook the perfect Lasagne’ to ‘Learning HTML5’ to pursuing a full degree from an University, there are millions of stories like Jessi’s. E-learning presents an excellent way for reach everyone irrespective of geographical borders. E-learning is one such sector in which video streaming and on-demand videos are playing a pivotal place.

As notebooks became laptops, and blackboards became whiteboards, classrooms are becoming digital,online education is becoming mainstream, and has become a huge industry that makes education available to anyone with an internet connection. Universities like MIT and Harvard have tied up to form an e-learning platform called EDX, where millions are availing free/affordable education from every corner of the world. Lectures can be easily streamed after hours at the convenience of the student. Live sessions with real time participation of students and teachers from around the world are being held. In fact, EDX, Coursera and Udacity now claim to have taught over 24 million students.Udemy, another popular learning platform says that 7,000 hours of lectures are being added to their site every month.

e-Learning and Live Streaming hold the key to the future of education and learning and will transform and blur the physical requirement for a student to attend classes in the future. Muvi helps professionals, individuals, universities and coaching classes to ride this digital wave by offering an easy to use and deploy eLearning and live streaming platform and be able to spread their knowledge beyond borders of geographical restrictions and stretch into the digital ocean. Click here to learn more and get started.