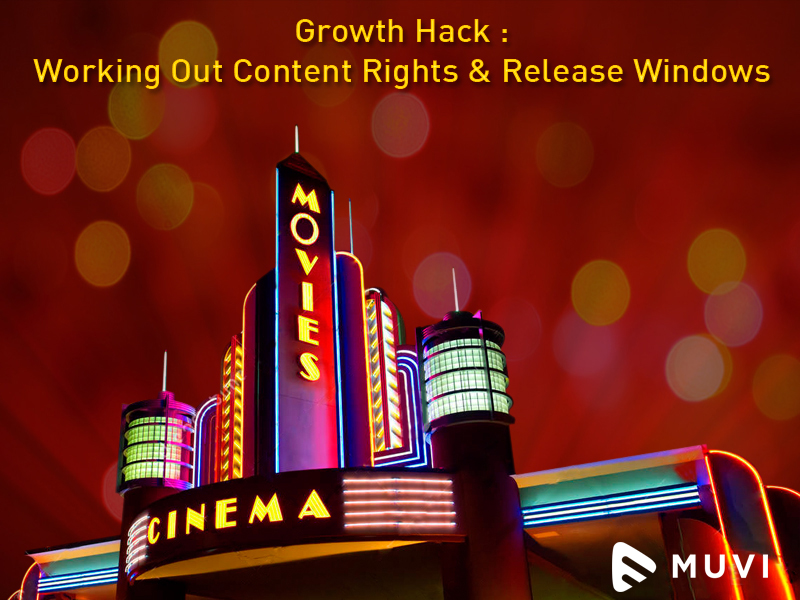 Fans are impatient, almost 99% of the time. They want their TV shows, such as Game of Thrones and True Detective, the moment the content is ready for air, regardless of where it premieres or debuts first.

Removing geo-blocks and availing access to legitimate content as soon as it is first aired should tremendously bring down the incentive for regional viewers to turn to content pirates, who have a day job of copying and uploading popular shows once the content is aired for the first time.

In accordance to new content, broadcasters and online subscription services alike aim to secure exclusive rights to content as early as possible resulting in VOD platforms bidding for ‘first and exclusive’ deals where they can exhibit content before their regional competitors.

The availability of content is usually governed by a series of “rights windows” where licensees (broadcasters, online subscription VOD services etc.) can buy rights to show the content on their platform during certain periods of time. These windows differ between films and television shows.

First up for film releases is the “theatrical” window, where, traditionally, a film is shown in the cinema. Studios tend to be protective of selling rights to other platforms in the first few months after cinema release in order to lessen the risk of increased availability of the film impacting its Box Office figures. However, times are changing, and some content may be available to buy in digital format during this period.

Nations like Saudi Arabia, Mongolia, Bhutan and Turkmenistan has no cinemas and therefore no concept of theatrical release. Regional premium content broadcasters that aspire to satisfy their subscribers’ need for cinema content may enter into deals to broadcast film which are still on cinema release elsewhere in the world.

With the falling reputation of DVDs, the DVD window is now giving way to electronic sell-through (EST) rights in relation to many new titles. This means that the movie is available for download on a range of digital platforms, such as iTunes, Amazon and local EST services, sometimes even a few weeks before DVD release (usually within 3-12 months after cinema release).

Next up is the “Pay-Per-View” or “TVOD” (transactional video on demand) window where the movie can be rented through a single transaction.

Within 2-12 months of the theatrical release, distributors move onto the pay windows, where studios sell the rights to screen the film on a subscription service such as a pay-TV broadcaster or subscription based video-on demand (SVOD) service. The difference between SVOD and TVOD services is that SVOD requires a subscription to the service itself, whereas a TVOD user consumes content on a pay-per-view basis.

Interestingly, studios are now creating a further “second pay” window, where they can squeeze a little more out of the value of the content by offering it to video on demand (VOD) services prior to releasing it into the free to air (FTA) wild. This “second pay” window allows consumers to watch content in an alternative, “on demand” digital format, through regional platforms such as StarzPlay.

These days, within 1-2 years of the theatrical release, the content arrives on regular FTA television channels for the audience’s free viewing pleasure.

Many studios have experimented with the day-and-date release strategy with negative to mix to positive results and there is always room for some improvement. There’s also the newly implemented ’super-ticket’ formula, where your cinema ticket gives you the right to a digital download when the film is eventually released online later on, presents a lot of promise for the newer release Develop windows app.

Distributors have to now take cue from the success of VOD services who have helped brought premium content in short windows to the audiences and have clarity of thought on shortening all release windows. The lesser time they take, the more interested the audience is.

The newest entrants in the market vouching for these shorter and digital release windows are technology vendors offering VOD platforms to film studios, content owners and broadcasters. But for VOD is to go mainstream as a primary or a simultaneous release window, it will take some effort form both distributors and technology vendors like Muvi to help VOD grow and expand its outreach through numerous online VOD services.

Muvi : Your First Step To Become A VOD Distributor Today

Muvi is a Platform-as-a-Service solution from the New York based technology service provider Muvi LLC. Muvi offers live and on-demand video streaming solution to broadcasters, MSOs, film studios, media agencies and independent content owners. The idea that powers Muvi is not just tech, but the concern that video streaming startups really need a ‘Zero CapEx’ solution and that should not come with discounted technical features.