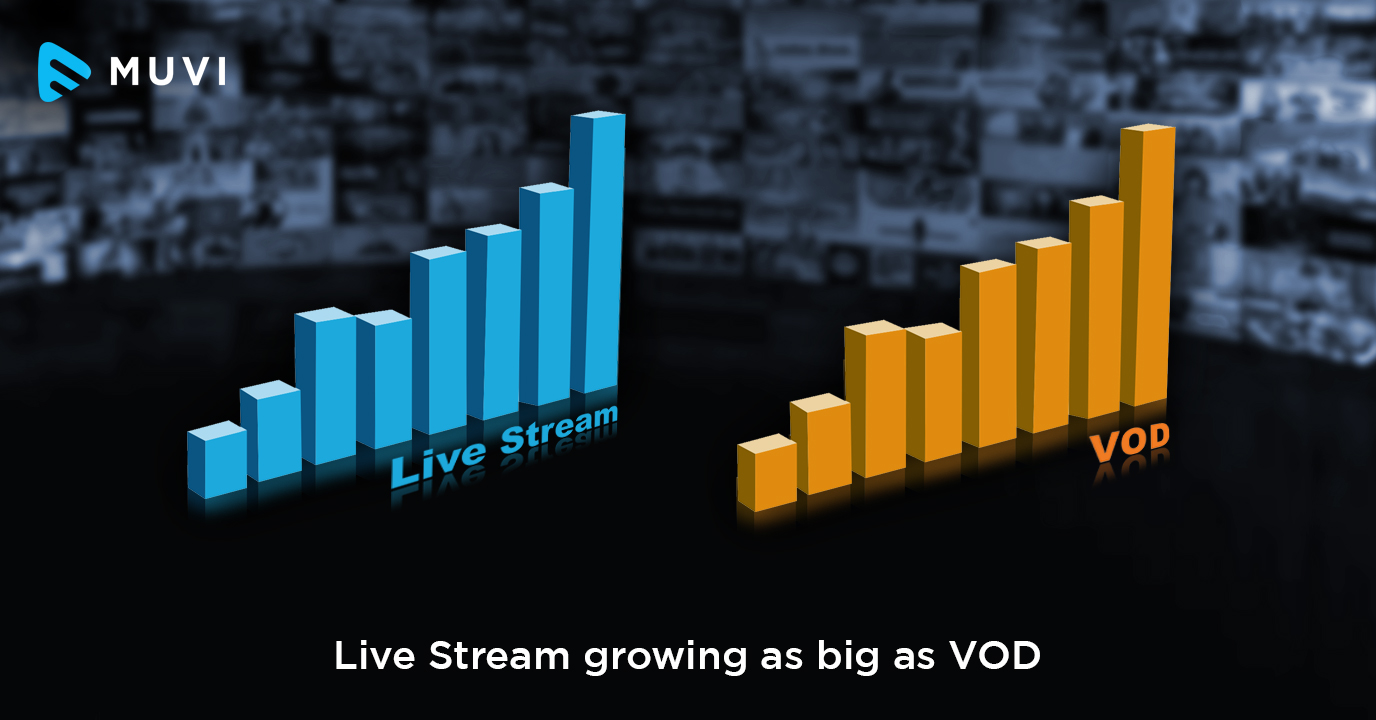 “Live streaming” as a format has been a growing favorite over the last few years. Consumers are preferring live content to on-demand content of late. Everyone wants to see what’s happening live. The revolution began with user-generated live content and with Snapchat stories being the pioneer. Earlier over-the-top (OTT) live content was limited to sports and news genre only, and in some parts, it might have been adopted for religious programmes and preaching sessions too.

But Facebook, Snapchat, and Instagram took live streaming to the next level. Viewers are now able to enjoy the real-time experience by streaming live content as opposed to the recorded titles that can be played on-demand. The experience which live streaming services is the reason why its consumption is growing to be as big as that of video-on-demand (VOD) content.

Live video streaming is applicable for showing live programs, events coverage, etc. It’s more useful for people who are in different location and want to catch up a program shot elsewhere. It also reduces the cost of consuming a program by evading expenses incurred towards travel, stay, food, time, etc.

A live concert of your favorite band, a live coverage of the northern lights, your favorite soccer series La Liga, etc. could make some compelling titles that can be streamed live. Let’s see why Live Streaming has gained popularity.

Live streaming brings an experience that does not stop at once; being a technology that captures events and emotions live. It typically runs on HTTP Live Streaming protocol or Real-Time Messaging Protocol and requires an elaborate content delivery network that can process a live stream feed integrated on a streaming platform.

Video-on-demand (VOD) has made its place in the OTT industry by empowering people to watch anything anytime. Netflix revolutionized the VOD scenario worldwide and then the online streaming business boomed. A few years back tech companies and microblogging sites such as Twitch, Facebook, and Twitter brought out the real power of online live streaming.

Twitch let gamers broadcast their play sessions online and it was a huge hit in the world of video gaming. Gamers around the world could watch and learn best practices, picked up tricks and tips, and followed pro gamers for self-improvement. Not a long time later, Facebook came up with live broadcasting options and that allowed any user to go live on air and viewers could interact with them.

To top this, dedicated live streaming platforms came up in the market, Bigo being the first mover. The platform not only enabled live broadcast and viewer interaction but also brought gamification into act. Users could build profiles in the live streaming app and based on their usage pattern and popularity they were awarded badges and level ups. This encouraged more users to join the broadcast and users began paying to attain higher levels.

Following Bigo which is widely popular globally, came Live.me and YouNow. Periscope is another player in the live broadcasting segment that focuses on tags like travel, sports, and music. Various other apps and websites have come up off late that provide platforms for commoners to broadcast live and own their own live stream handle. It’s a completely new experience in all.

[ Build the best quality live streaming platform on Muvi. Broadcast in the highest resolution to the audience across the world. Sign up now. ]

The live streaming trend has become so popular that Nasa and SpaceX are in talks with top tech players to use live streaming platforms and finetune their approach towards the audience by enhancing their personal experience. It would be very interesting to see how this format of over-the-top (OTT) content does in the years to come.