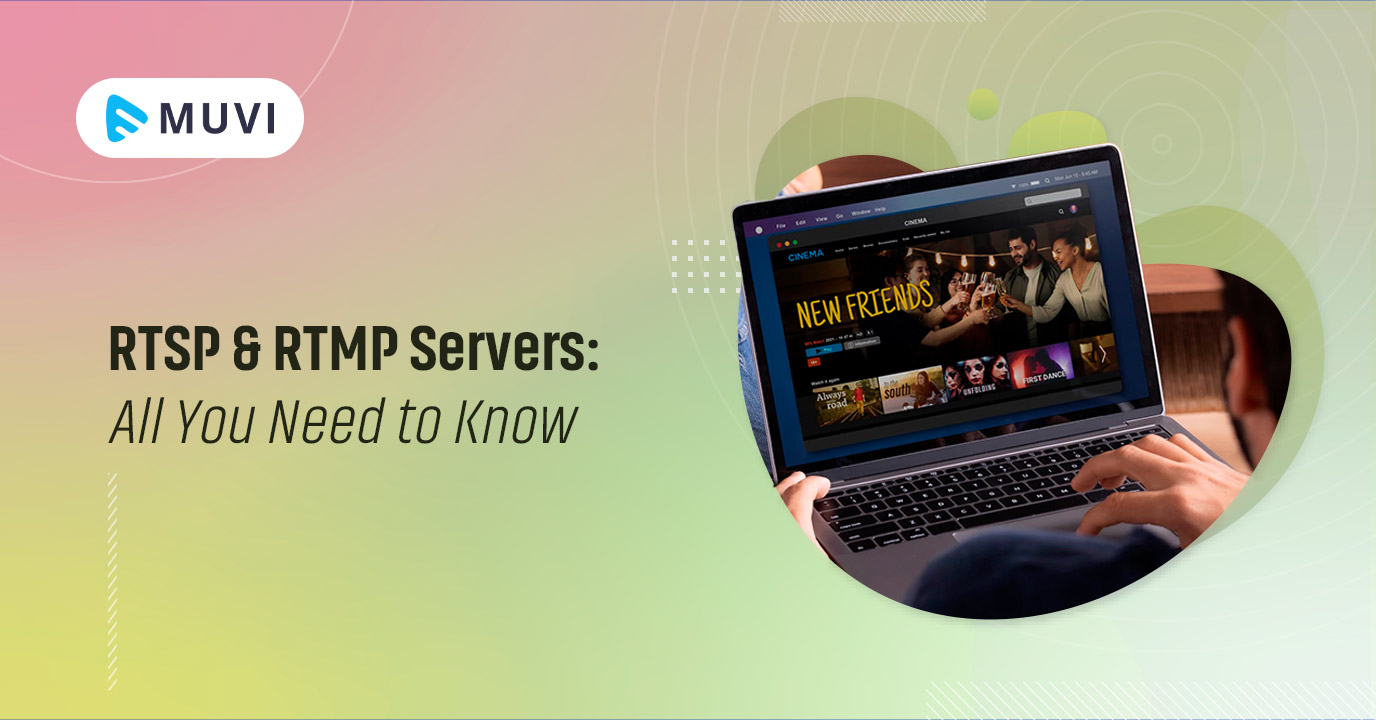 Are you from the streaming industry?

Or, own a VOD business?

Then you must know the importance of video/audio servers in streaming. Nowadays most of the business players in this industry opt for the streaming/VOD platforms or services provider to easily launch their VOD platforms and kickstart their VOD businesses.

But it is important to remember that not every VOD platform comes with the same set of competitive features/solutions and unless you want to compromise with the quality or services provided by your VOD business, you must have proper knowledge on the main components, and must-have features and solutions of a VOD platform. This will not only help in choosing the right VOD platform but will also let you smoothly run/upgrade/maintain your platform and the related components.

The streaming protocol of your VOD server is one of such areas you must focus on. While RTSP and RTMP servers are two highly popular names, there are some basic differences. RTSP is mainly used for localized streaming and RTMP is mostly popular among the broadcasters. But that’s not it. There are more that make them different from one another and in this blog we will guide you through the details about RTSP and RTMP servers.

So, let’s get started.

What is a RTSP Server?

RTSP (Real Time Streaming Protocol) is one of the highly used network protocols that is mainly adopted in streaming media. It enables remote control of a multimedia server. RTSP allows users to access multimedia content stored on a server. It also enables the execution of commands for multimedia content broadcasting playback, pause, and stop.

Below are the technical specifications for RTSP.

Drawbacks: Not optimized for quality of experience and scalability

Variant Formats: The entire stack of RTP, RTCP (Real-Time Control Protocol), and others

What is a RTMP Server?

An RTMP server is based on RTMP (Real Time Messaging Protocol) and is highly sought-after in the streaming and media industry as it offers high performance transmission of audio, video, and various data from encoder to a server.

The Real-time Messaging Protocol (RTMP) was designed in 2002 by Macromedia (now Adobe) as a way for broadcasting video and audio over the internet. RTMP streams audio and video fragments from a source to a single destination over a persistent TCP connection.

RTMP has two primary applications. The first one is to send video between an encoder and a server via RTMP. This is referred to as video contribution or first-mile delivery. The second use case for RTMP is between a server and a Flash Player-enabled viewer’s device. It’s called last-mile delivery. This method works best when streaming to a small group of people from a dedicated media server.

The RTMP technical specifications are as shown below:

Drawbacks: Not optimized for quality of experience or scalability

RTMP and RTSP are both developed for efficient and low-latency video file transmission. As discussed above, broadcasters commonly utilize RTMP, and RTSP is mostly used for localized streaming from IP cameras. Rather than focusing on the RTMP vs. RTSP distinction, you should assess your needs and select the most appropriate streaming protocol. Below we have listed out the features and benefits of both for your understanding.

Plural Servers: A plural server is capable of handling numerous servers. An RTSP server acts like one as it allows for a wider distribution of live video to be handled at a faster rate and with greater connectivity. Managing or connecting multiple servers at once ensures a smooth and error-free live broadcasting experience.

Server Control: It is critical to have the proper amount of server control because it will be difficult to suggest the commands of play/pause and others without it. With the help of RTSP, it is possible to have error-free server control.

Parse: With the help of an HTML or MIME parser that can be utilized in real-time stream video protocol, there should be an area for parsing.

While RTMP is often considered as the de facto standard for streaming, especially live streaming, it often ignores the fact that both the broadcaster and the viewers may have internet connections that aren’t always capable of relaying the video at full speed. Smartphones and web browsers are also unable to play RTMP natively; formerly, browsers relied on the flash plugin, which has been phased out in recent years.

RTMP is an open protocol that allows developers to create products and technology that offer video, audio, and data in the open AMF, SWF, FLV, and F4V formats that are compatible with Adobe Flash Player. RTMP supports adaptive bitrate streaming (ABS), which automatically adjusts video quality in response to changes in bandwidth. Also, players can jump to subsequent parts of a video, which is especially beneficial for files that are longer than 10 minutes. Instead of downloading a video during playback, players keep a small buffer. This saves bandwidth.

Both RTMP and RTSP have their own set of features for streaming audio and video. While RTMP is adaptable and compatible with diverse web browsers and mobile devices, RTSP is the best fit for localized streams or if you employ a third-party programme to ensure browser and device compatibility while streaming.

Try Muvi if you’re looking for an easy-to-use, comprehensive video hosting platform with a wide range of streaming possibilities. For live streaming, our platform is equipped with RTSP, HLS, as well MPD feeds. Take a 14-day free trial today to start your journey.