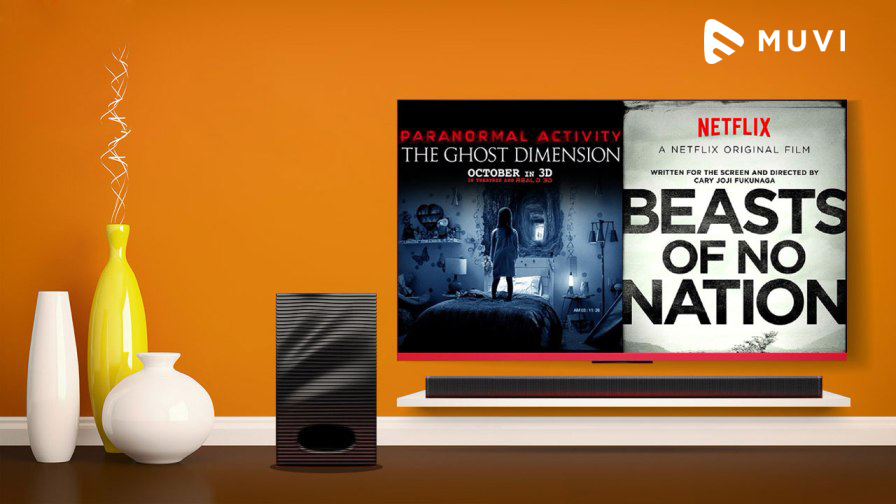 Paramount Pictures and Netflix both bring us awesome movies. That’s about it. But today, they can relate to something bigger that their executive decisions have brought them to: Releasing movies on a shortened VOD window and getting the flak from theater chains.

What did they do?

Popular theater chains including Regal, Cinemark and Carmike are refusing to play the movie due to Paramount’s shortened VOD window agreement that it conceived during the summer, making movies like Ghost Dimension and Scouts Guide available 17 days after they drops below 300 theaters; a distribution plan that may be just as wacky as Universal and Sony’s respective large-format platform release of Everest and The Walk, a rollout that stunted their grosses. Those agreeing to Paramount’s shortened VOD window include No. 2 chain AMC, Canada’s Cineplex, National Amusements and Alamo Drafthouse.

Netflix, on the other hand is releasing the movie day-and-date, on VOD and on theaters. Netflix however has a very personal reason for doing this, the fact that it wants its first original movie ‘Beats Of No Nation’ to contend for the Oscars and that can only happen if it’s released in the theaters. AMC, Regal, Cinemark and Carmike have already boycotted the movie and the number of screens Netflix has at its disposal is far less than decent.

How does anybody reason with this?

At least, for Paramount, there is a method to its madness. The reason why it is experimenting with these two-younger demo genre movies is a derivative from the theatrical failure of MGM’s Hot Tub Time Machine 2, which stayed in 2,000-plus theaters for two weekends last February before dropping tremendously, ending its stateside run at $12.3M, 76% lower than the first film’s $50.3M. MGM controlled the digital rights and rushed Hot Tub 2 out to the home market on VOD, a brilliant move yielding a digital haul that was 3 times the film’s domestic theatrical gross.

If a film fails at the box office and is pulled from theaters promptly, it doesn’t make the title more desirable by hibernating it for two months due to a windows agreement, not to mention there’s the added marketing expense of having to re-introduce the film to the consumer.

How will it impact Hollywood?

As of now, analysts and theater chains have laughed it off, tagging it as petty and overtly ‘optimistic’ but it is an experiment worth doing and the results could be huge.

It is a stunt no doubt but what if it works both for Paramount and Netflix? What if it actually makes good money from the VOD release and breaks even on theater grosses?

It will for sure spark off a major debate on what the perfect VOD release window should be and the concept of day-and-date releases will be given a second thought.

This is not the first time a release like this has happened but a label like Paramount Pictures, a VOD service releasing an Original starring Idris Elba and a boycott from the major theater chains in US means this will snowball in to debate on conventional release windows OTT App Development and the corrections it actually needs.

If they can, why can’t you?

Day-and-Date releases and Video On Demand are taking nothing away from the filmmaker or the exhibitor.  They are saving your marketing budget, gaining viewers in the shortest release windows…and are keeping the revenue counter tick faster than before as well. To make the best out of this strategy, you either hop on to a VOD service or get yourself one for Zero CapEx from Muvi.