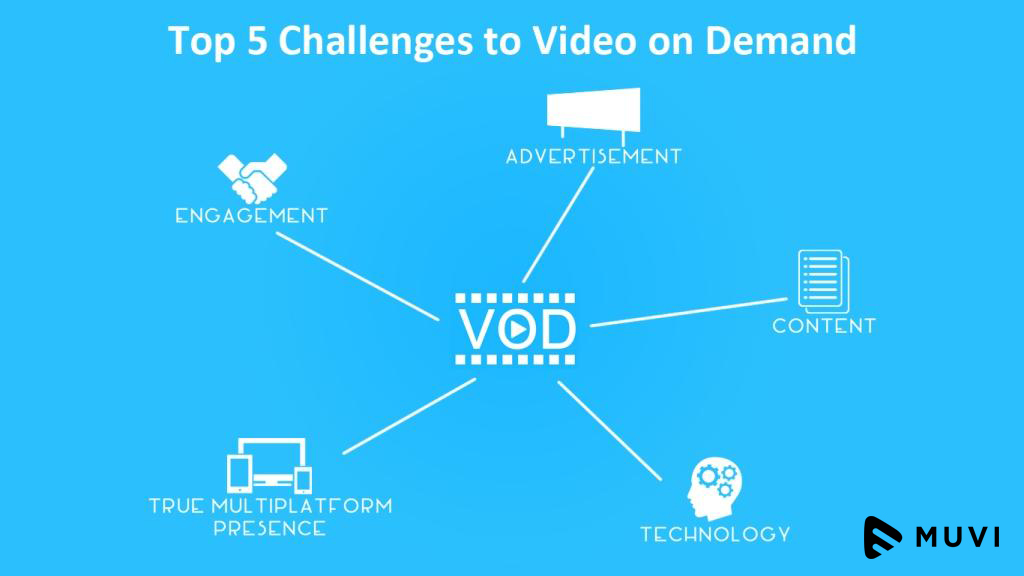 The popularity of Video On Demand viewing with a high social quotient is exponentially increasing. Real-time sports, reality shows, dramas, sitcoms, and children’s programs are amongst the most popular genres in social television today. This leads to a series of competitive scenarios between all the major players, including content providers, content packagers, software and solutions companies, device manufacturers, technology companies, network operators, and advertising companies. Companies and broadcasters are in the process of revamping their offerings to cater to the shift of linear broadcast becoming smaller as the majority of material becomes on-demand.

Despite the ambitious growth claims for VOD from several rating and monitoring agencies, VoD has its share of challenges that will threaten its viability and may saturate its growth percentage after a period of time. The five most crucial factors that pose challenges for on-demand viewing are :-

VoD has hit the overdrive since 2013, with its primetime broadcast up by 22% as per Rentrak. If the writing on the wall is to be considered here, linear broadcast is on its last leg and VoD is preparing to replace it at a very rapid rate. Keeping a cue of the above mentioned factors willmake life easier for both platforms and customers alike.

In case you have been thinking about distributing your content digitally with a VoD Platform with industry grade content security, world class delivery engine and DIY content management system, look no further because that’s what we do at Muvi. The OTT video on demand platform builder that monetizes your video content with its array of revenue models, in hours.

Signup for a 14-Days FREE trial and take a test drive of the one of a kind VoD Platform builder and maximize your content’s potential with Zero Startup Fee.