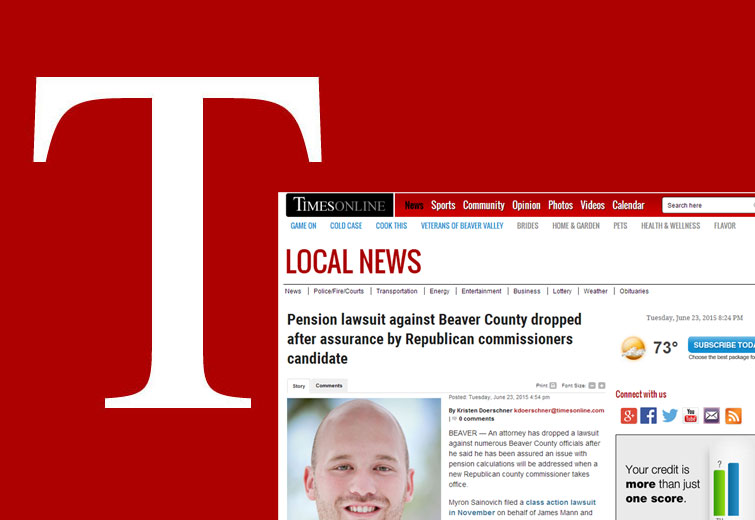 The medium here is called “over-the-top,” or OTT, content. While the rise of Roku and competitors like Apple TV, Amazon Fire, and Google’s ChromeCast has made it easier for viewers to access their favorite shows without a cable subscription, it has also created new opportunities for media producers to reach audiences while bypassing FCC licensing and the expensive equipment of traditional broadcasting stations.

It’s an opportunity, in other words, for a newspaper to launch its own TV station—which is more or less what The Beaver County Times and its sister publications in Pennsylvania have set out to do. “We wanted to create micro-TV stations within our markets,” says Guy Tasaka, chief digital officer of Calkins Media, the family-owned parent company of theTimes. “Our CEO’s mantra when he hired me was he wanted to out-TV-station the TV stations in our newspaper markets.”

As the conversation about what OTT platforms might mean for local print news develops on the conference circuit and industry sites, Tasaka has emerged as one of its chief evangelizers. “I think it’s the future of newspapers, and they need to jump on it ASAP,” he told CJR. Even diminished newspapers have more reporting resources than most TV stations, and most print-legacy newsrooms have trained their staff to shoot video for the Web, he says—so the foundation is there. “If they do it correctly,” Tasaka says, “if you’re a dominant newspaper in a small market, as the OTT market grows you can become the TV station for a local media company, cross-platform, in your geography.”

Calkins is so all-in on the concept that The Beaver County Times offers a free Roku with a subscription to the paper. To date, the Times has more than 2,000 Roku installs, according to Tasaka. Another Calkins paper, the Courier Times in Bucks County, has about 7,500 active Roku installs. (The video content is also available via Amazon Fire TV.) The OTT video programming is offered, essentially, as part of a subscriber content bundle—or a “burrito,” as Tasaka calls it, that also includes access to stories on the paper’s website. (The company also licenses its OTT technology.)

As Tasaka describes his vision for what OTT can do for newspapers—and how it might represent the future of video more broadly—he invokes the industry’s own experience of being disrupted. Local broadcasting stations “haven’t had their Craigslist moment yet,” as he sees it. “It’s going to be when three guys in a garage using over-the-top platforms can create the next TV station in the market or the next news and information station. And it’s going to be three guys who gross a million dollars or two million dollars, and broadcasters are going to look at it and laugh, the way we looked at Craigslist. How can they have a business of two million dollars? The cost structure is so much lower, it’s a very viable business.”