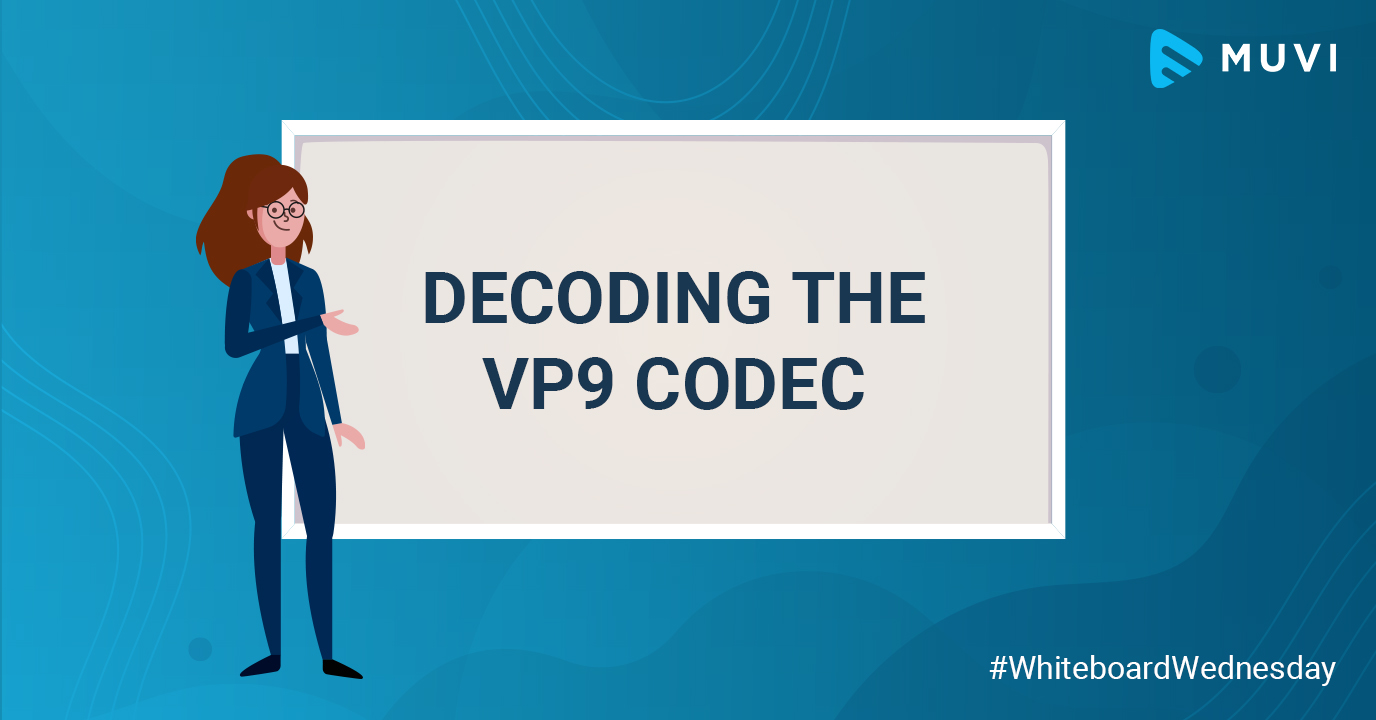 In today’s blog we will be elaborating on the highly capable codec developed by Google- the VP9 codec, particularly, what it is used for, its benefits and VP9’s  role in the online video industry. Before that, let’s quickly run over the basics of video encoding and codecs.

Video encoding is the process of converting raw video footage into a digital format. The encoding process requires the use of an encoder, which comes in the form of both hardware and software. While hardware encoders are fast and reliable, they are also bulky and expensive.

A portmanteau of ‘coder-decoder’ or ‘compressor-decompressor’, a codec is a technology to distribute a video or audio file for playback, perform the function of shrinking or compressing the raw audio/video data into a more manageable size. The video is shrunk considerably (compressing) for storage and transmission and later decompressed for viewing.

Developed by Google from a technology that was acquired when Google purchased On2 Technologies in February 2010, VP9 is a highly capable codec that was officially released in June 2013. Google launched VP9 as open source.

By 2017 VP9 has been picked up by Chrome, Firefox, and Edge. It had hardware support from ARM, NVidia, etc. As far as mobile operating systems are concerned, VP9 It is widely supported on Android, but iOS has added support only in its most recent version.

In terms of usage, by far the largest distributor of VP9-encoded content is YouTube. Streaming giant Netflix also uses VP9 for media downloads while JW Player distributes on-demand video in its online video platform using both H.264 and VP9.

VP9 codec was developed with the intention of reducing bit rate by 50% compared to VP8, without deteriorating video quality. VP9, just like HEVC, has a bitrate advantage of 50% over H.264. However it also outperforms HEVC at resolutions above HD making VP9 a great choice if one is working with video of different quality and file sizes.

VP9 also has widespread hardware support ensuring smoother playback on PCs in most scenarios. If you are a YouTuber, VP9 would be an ideal choice for you as it is a great choice for high-quality YouTube videos. VP9 is now a widely used codec with Safari’s new announcement for the codec’s support, making it the ideal choice for watching high-resolution video in the macOS version of the browser.

Use Cases of VP9

The Future of VP9

The future of vp9 looks bright as it has certain advantages over other codecs. Although VVC promises a 50% improvement in bitrate over its predecessor H.265, and AV1 seeks a 30% compression rate over H.265, both being useful developments, however are lacking in browser support. VP9 in this case holds a relatively better advantage as compared to these codecs as VP9 is widely supported by all browsers and therefore no new video codecs are likely to completely replace VP9 any time soon.