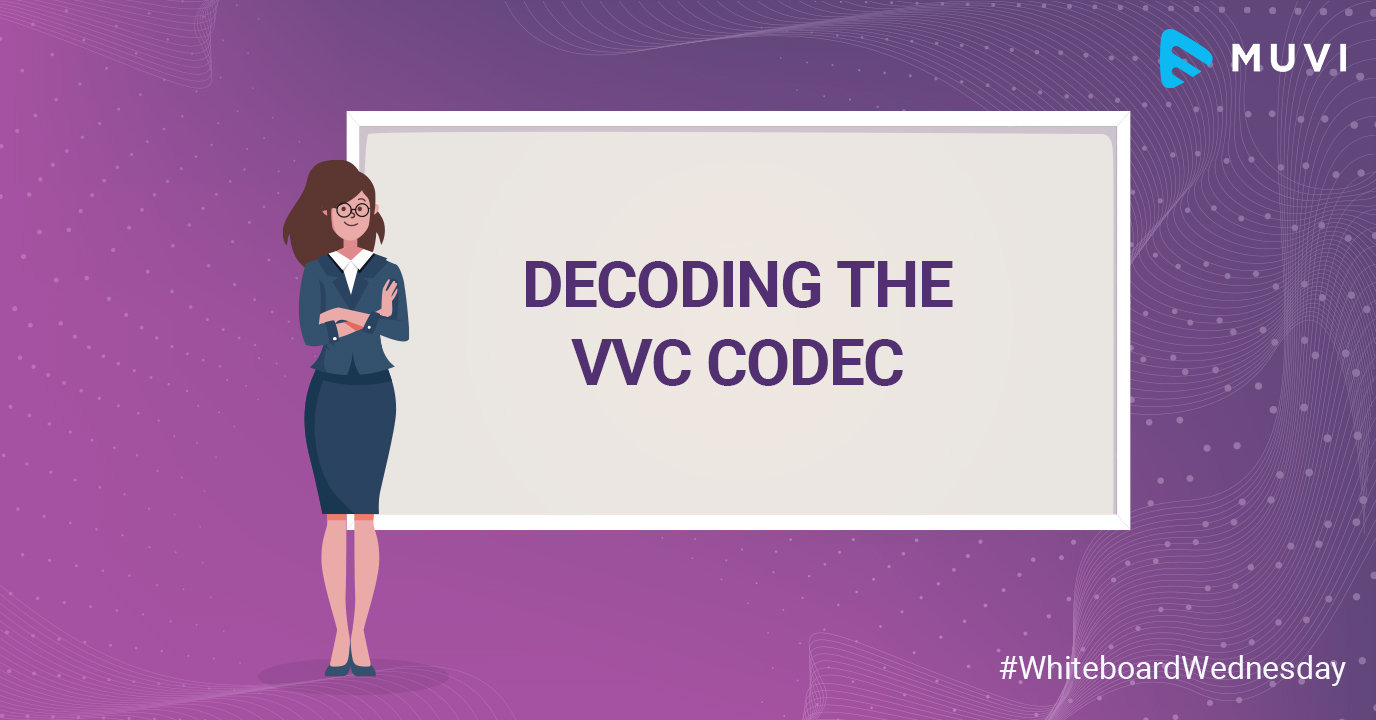 In today’s blog we will be elaborating on the newly developed and highly capable VVC codec, particularly, what it is used for, its benefits and VVC’s role in the online video industry. Before that, let’s quickly run over the basics of video encoding and codecs.

Video encoding is the process of converting raw video footage into a digital format. The encoding process requires the use of an encoder, which comes in the form of both hardware and software. While hardware encoders are fast and reliable, they are also bulky and expensive.

A portmanteau of ‘coder-decoder’ or ‘compressor-decompressor’, a codec is a technology to distribute a video or audio file for playback, perform the function of shrinking or compressing the raw audio/video data into a more manageable size. The video is shrunk considerably (compressing) for storage and transmission and later decompressed for viewing.

VVC or Versatile Video Coding is a new and evolving video compression standard, also known as H.266. Developed by the Joint Video Experts Team (JVET) at International Telecommunication Union (UN specialized agency for information and communication technologies – ICTs) in 2020, VVC is predicted to be the future of video streaming, particularly video conferencing, OTT streaming, mobile telephony. It’s a hybrid codec that is particularly complex and most standard streaming hardware is not yet equipped to use this codec. However, the VVC boasts of extremely good performance – it’s target compression performance is a 30% to 50% bitrate reduction as compared to the HEVC Main Profile with the same perceptual quality and an encoding complexity of approximately 10 times or more than HEVC.

What is VVC used For?

VVC is an emerging standard and was just developed a year back, but it has tremendous potential to revolutionize the OTT industry with its high compression performance compared to existing codecs like H.264 and H.265. The codec was named Versatile Video Coding because it is “meant to be very versatile and addresses all of the video needs from low resolution and low bit rates to high resolution and high bitrates, HDR, 360 omnidirectional and so on.”

Is VVC a Lossy or Lossless Codec?

For starters, Lossless and lossy compression both reduce file size, but the only difference being the former kind of compression yields more compact files than the latter. VVC codec uses lossy compression, making it ideal for video streaming.

It appears that a third party, the Media Coding Industry Forum, will create profiles and levels based upon licensing terms proposed by each IP owner, in order to make VVC, royalty-bearing. It also seems likely that there will be multiple patent pools. In this schema, pool pricing could determine which encoding tools are included in each profile.

VVC is not yet standardized and it is still not compatible with major live streaming platforms and other technology at this time. However, it has a lot of potential by virtue of which industry leaders are betting on VVC to be the standard video streaming codec in the future.

Dear Amazon & Netflix, Your Fight's A Self-Goal For Both