From Inception to Trending: Explore the Timeline of eSports 21 March 2019 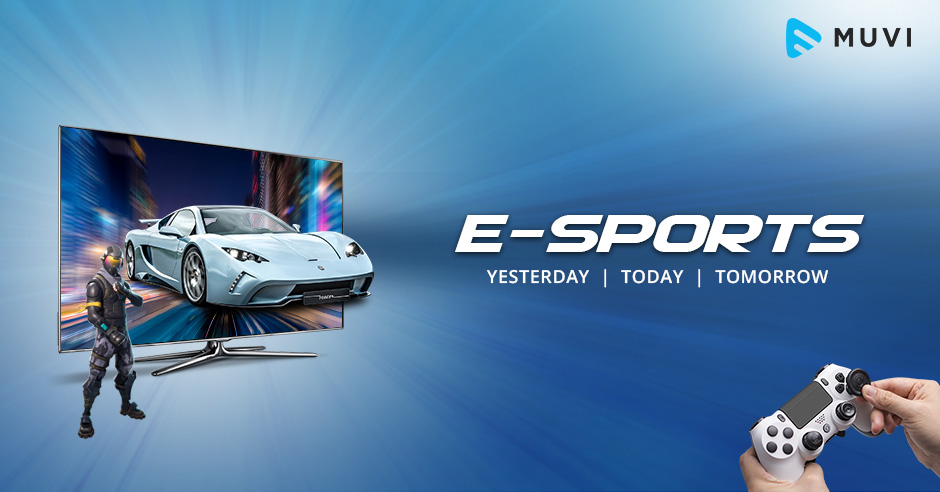 If we talk about the most unique part of the Video streaming industry, it is definitely eSports. And as you have shown your interest to this post, let me first take you to a backward-trail of about 50 years when the journey of today’s most trending and in-vogue industry, eSports, started – 1972…

Stanford University organized an event where the students participated in the video game battle of Spacewar. And this droplet of water started waving up into a sea with the first-ever video game competition in 1980 – the Space Invaders Championship. More than 10,000 gamers participated making it one of the most remarkable moves in the gaming industry. With huge media coverage, this very first competitive gaming turned into a mainstream hobby of people around the world.

Since then, the Video Game industry did not have to look back.

The 1990s brought an ultimate revolution for eSports with the rise of the Internet and the World Wide Web. Gamers, around the world, got connected online resulting in the growth of PC games as well. The first internet team game was Netrek connecting up to 16 players which, in 1993, got credited as the first online sports game by Wired Magazine.

Finally, the end of the 20th century proliferated the eSports in every way – starting from the growing number of tournaments to grand prizes.

And now we have reached the 21st century – the generation of millennials where the major part of the global population revolves around the internet. This has led to the substantial growth of the eSports industry. The proof? From around 10 tournaments around the world, the number has now crossed 400.

The structural developments of eSports are bringing the industry closer to the traditional sports model driving in potential investors and sponsors to generate more revenue. And the unanimity between all of these progressions is making 2019 reach the tip of the iceberg – eSports. According to the 2019 plans of the National Hockey League (NHL) in the US, it has announced to involve all of its clubs to the eSports scene.

Along with all of these collaborations, the current position of the eSports industry is also because of the increasing number of platforms offering game streaming. The list includes:

[Launch you own Online Game Streaming Platform with Muvi and enjoy an unbeatable amount of benefits.]

This enhancement of the eSports industry, the dedication and compassion of gamers, the growing opportunities, and the ever-increasing fan-base of over 370 million global viewers are contributing to the prompt entrance of competitive gaming into the mainstream sports industry. This fact has already been made clear by the leading sports organizations like PremierLeague, Uefa, and Formula 1 with the launch of their own eSports leagues.

Furthermore, the International Olympic Committee is in serious talks to include eSports to the Olympics.

In 2018, eSports was first introduced to the NAB Show. And the amount of appreciation it received from the exhibition has led 2019 to keep the trend going. Esports Experience at the Las Vegas Convention Center will bring forth more about the online gaming trends and content delivery technologies.

You can understand that the graph of eSports is continuously going upward which talks for itself addressing the enormous you can get by launching your very own eSports Channel.

So, if you want to know the answers of the ‘WHY & HOW’ of starting up your online gaming channel, stay glued to this place. We will soon come back with the second part of this blog addressing the solution to all of your curiosity. And if you have any specific query regarding this industry and getting started with it, feel free to drop them down in the comments section so that we can answer them with our next blog.

Remember, you can always launch your streaming channel in a simple click with Muvi.