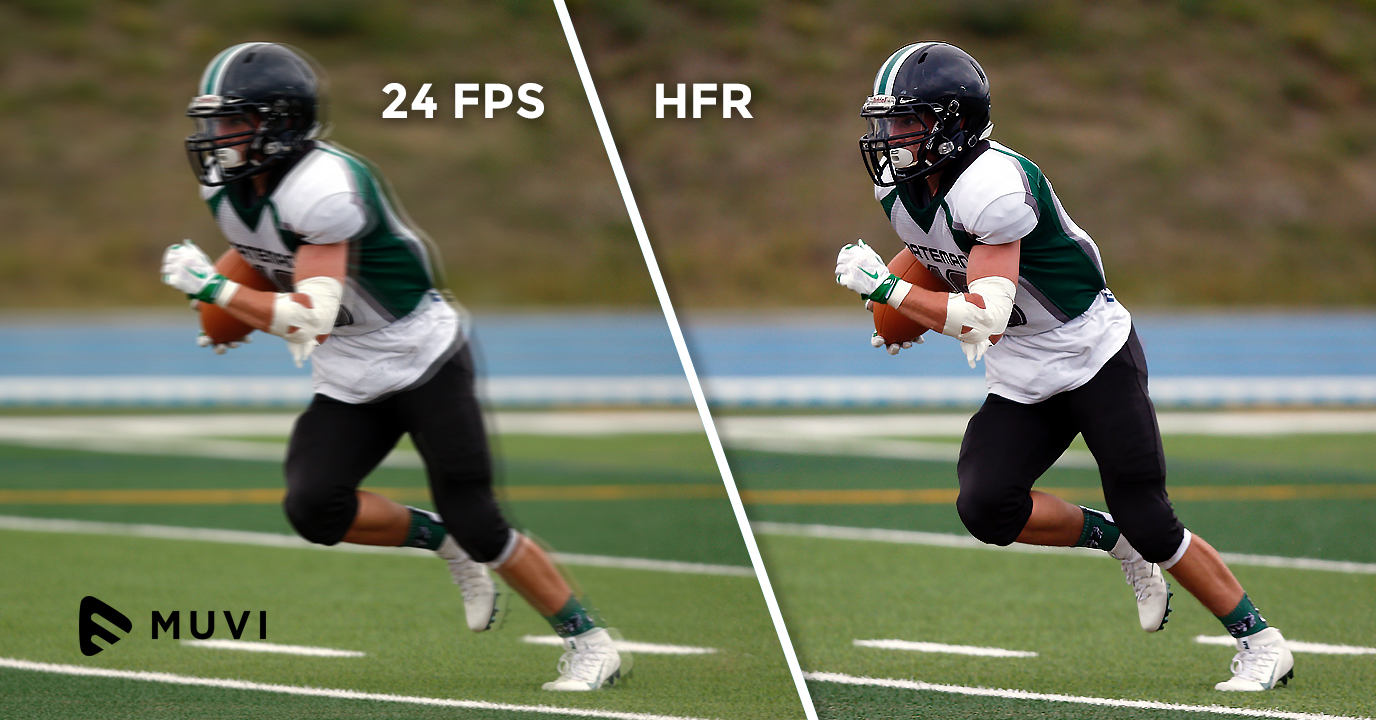 Remember that spectacular chase sequence in that blockbuster action movie! A secret agent, sprinting after a 6-litre V12 Aston Martin that can rush to 60 mph in a mere 4.1 seconds manages to catch it. Sounds unreal, right! But cinematography makes it look believable. If the subject is shown running at a speed that the human body is seemingly capable of attaining, probably then it might look genuine; but if he’s shown teleporting from one coordinate to another like the character from DC universe Flash, the whole thing might just seem stupid.

The game is about offering content which appears as realistic as possible, which we otherwise call visual perception. Perception is something that can be regulated using frame size (aspect ratio), background, resolution, frame rate and few other factors.

With the evolution of motion pictures, cinematographers suggested recording films at 24 fps. To perceive vision comfortably, the slowest our brain can comprehend is 16 still frames per second. That’s the minimum required frame rate for a human brain to recognize motion. But 24 fps has become an industry standard because it struck a balance between affordability and picture quality.

Anyways, the overall production strategy was to consume as little film as possible. Hardly any filmmaker had the motive to maximize viewer’s sense of realism. They just intended to produce content that seemed “good enough” without having to make it an expensive affair.

For over a decade now, we have been conditioned to watch motion pictures that are being delivered at 24 fps. It is also aligned to how we have been viewing the physical world around us in motion.

But there is more to it than just perception. There is “aspect of vision” which can moderate the way we perceive images. We can perceive things that are smaller than what an individual neuron in our brain can do, and that’s because the human brain aggregates a hundred billion neurons. The human brain in total is actually way more accurate than an individual part of it. So, the way we perceive the flash of an image is different from how we perceive constant motion because our brain puts more neurons to use than just a smaller fraction.

Studies have revealed that content delivered in a frame rate as high as 60-80 fps enhances its clarity and smoothness, and makes it appear more lifelike. This brings us to the evolution of High Frame Rate (HFR).

HFR minimizes the appearance of motion artifacts, especially the ones that are delivered in a  theatre. Moving objects may strobe when they are played on a large screen. At 24 fps, a 50-foot screen shows a formula car racing ahead 5-yard increments per second until the next bend, and the car might take less than a second to traverse the screen. This can appear as “judder” with fast panning and other types of camera movements. However, it can be overcome by switching to higher frame rates, especially when the overall flow of the content is fast-paced.

HFR also reduces eye-strain and fatigue and makes the viewing experience more enjoyable. Since our visual system is designed to process continuous imagery, discrete footage can tire you particularly if you are binge watching.

Too much science! Simply put, a consumer’s visual perception is dependent on the rigidity of their viewing condition. Audience sometimes becomes rigid to the changes, where some videographers take the risk to push the limitation of frame rate to as high as 60 fps or 120 fps. This has attracted veracity of reviews from viewers. Sometimes “too real world” experience has given unnatural visual effect and resulted in failure.

As Kevin Wines said in an interview, it is the job of filmmakers to enable its audience to see the film in an Optimum Capacity. Whether a viewer’s brain is able to release neurons in multifold than the status quo, is in the content producer’s hands. He also professed, “HFR attracts itself to filmmakers and they will want advancement in digital technology enabling more real-world and striking experience to the viewers”.

Similarly, James Cameron sees HFR as an instrument and not just a format. He thinks HFR is now becoming the center choice of almost all videographers because it has the potential to overcome the pitfalls of a 3D format. HFR eliminates the “strobing” effect in consecutive frames and each frame comes out sharper than ever. One can achieve hyper-clarity through HFR and this favors storytelling.

According to a study, among the many differentiators of video content such as high-frame-rate (HFR), high-dynamic-range (HDR), 4K (UHD), and virtual reality (VR), 43% of content owners firmly agreed that they offer or plan to offer both higher frame rates and higher dynamic ranges.

Of these, a good 20% of content producers have an exclusive focus on high frame-rate delivery (such as 1080p60). This format could change the way we consume sports content and provide an extremely smooth viewing experience to something as dynamic and fast-moving as the game of football or basketball.

Recent and upcoming productions have begun to explore HFR playback. Sports and other HDTV broadcasts are already being streamed at higher frame rates. HFR has also found its way to the silver screen with “Avatar 2” and “The Hobbit”. HFR is, therefore, a promising development in temporal resolution. Its advent has the potential to enrich the cinematic experience by a significant margin, and it needs to be explored and implemented to the fullest.