How RTMPS can Help you Secure your Streaming? 16 November 2022 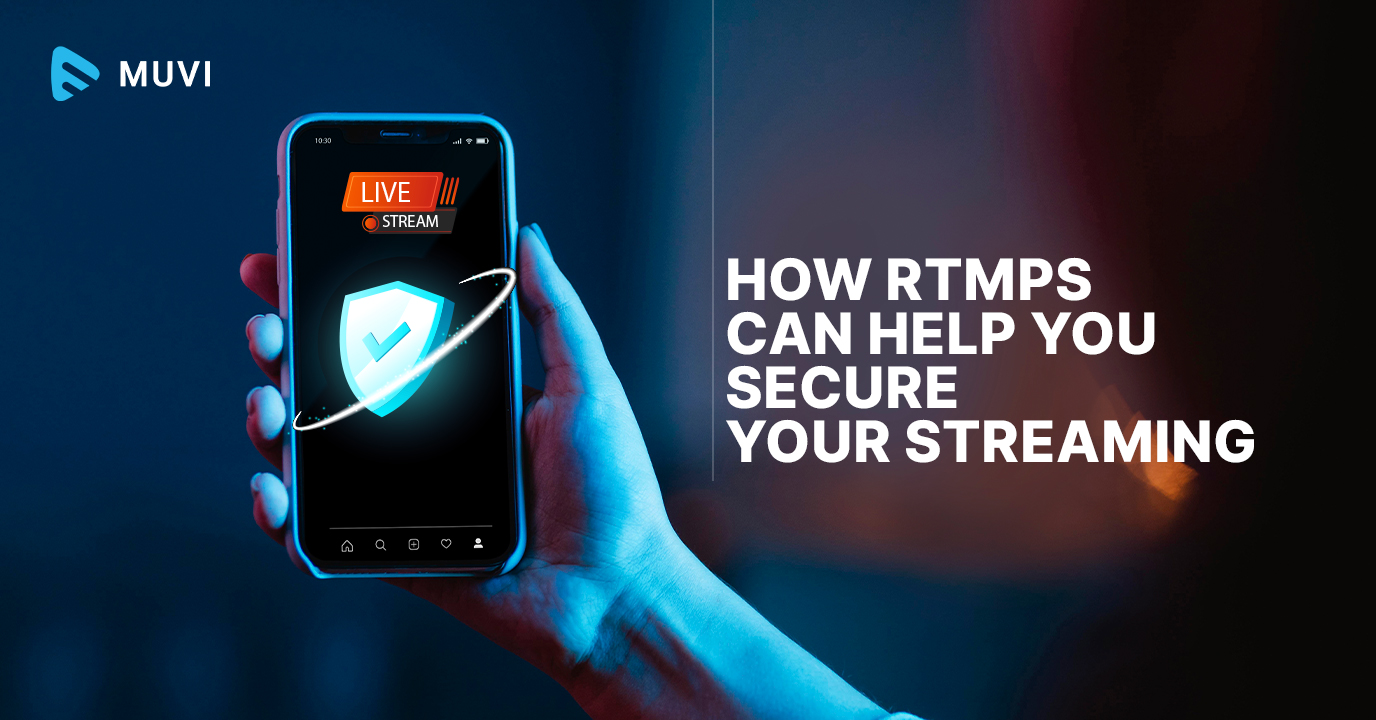 RTMPS is nothing but another variation of RTMP that provides some additional security to help prevent piracy and cyberthreats that are on rise these days. It is an evolution of RTMP to keep the video streams secure.

In this blog, we will cover RTMPS and its role in live streaming. So, let’s get started…

Live streaming has gained maximum popularity in the past few years and when it comes to the evolution of live streaming RTMP has a bigger role.

Created by Macromedia, the RTMP helps to deliver content from RTMP hosting servers to the FLASH video player. This function is named RTMP Delivery or RTMP streaming.

For several years RTMP streaming was the most popular live streaming system and it used to deliver video content directly to the Adobe FLASH player. However, the Adobe FLASH player was not compatible with mobile streaming and couldn’t access the contents that use Adobe’s Flash Player. At one point, the number of mobile audiences increased as compared to computer audiences and this became a huge problem as more and more individuals couldn’t access the video content that used Adobe’s Flash player.

Apple created a solution for mobile audiences by developing the HLS protocol. HLS protocol made it easier to work with the universal HTML 5 video player and gradually replaced the RTMP protocol for live stream delivery as FLASH player phased out.

However, RTMP still had the opportunity to deliver live stream contents in the live streaming systems that use HLS delivery. RTMP ingest was then used to transport video files from the encoder to the online video platform.

RTMP is a TCP based communication practice for two-way data, audio as well as video communication. It works by creating a communication medium between the RTMP client and the RTMP server that allows quick transmission of data.

It breaks the video content into small portions to make it easier to transmit the data. It is generally split into 64 bytes and video into 128 bytes. Breaking the content into smaller portions makes it easier for the data to be quickly transmitted during a single go-through, enhancing the overall quality of your content.

As mentioned above, RTMPS is just another variation of RTMP that provides additional security during encryption to make sure there is no unauthorized access to the stream. This additional layer of security can be either TSL or SSL. It can be used with RTMP as long as your chosen broadcasting tools support RTMPS. This is highly popular for streaming from a mobile device.

OTT distributors or content broadcasters prefer RTMPS due to its additional layer of security. It ensures all your videos are secure.

RTMP Vs RTMPS – What’s the difference?

RTMPS is an additional layer of security for protected streaming. Other than that, RTMPS is more secure and at the time of live streams the URL will appear as rtmps:// rather than rtmp://.

Unluckily, there are some limitations currently with RTMPS compatibility with encoding tools, mobile streaming apps, and online video platforms. However, this issue will vanish once the RTMPS becomes the norm.

RTMPS mobile streaming – How to Secure your Live Streaming from Mobile Devices?

RTMPS is quite important for mobile streaming because individuals who stream on the go often use public networks for internet connectivity. If you are using a public network, you are unaware that your device’s information is exposed to other users who can easily hack and use your content or other information. RTMPS can help you stream securely even on any public internet connection.

Facebook Live is one of the first social streaming platforms that had made the decision to change from RTMP protocol to RTMPS for live streaming. They noticed the security threats involved while streaming through public networks and changed the protocol to evade risks from external threats.

Research by the experts have found that other major social media platforms are yet to implement RTMPS protocol despite their users typically using mobile streaming and this is the reason why unfortunate security breaches have become quite common these days.

If you are looking for a mobile streaming application to broadcast contents from your smartphone directly, we recommend choosing a platform that supports RTMPS.

RTMPS is a helpful streaming protocol for content distributors and broadcasters who want to secure their contents from any type of external threats. The major benefit of using RTMPS is that it helps with streaming from mobile devices connected to any public networks. Muvi’s streaming platform seamlessly works with RTMPS and RTMP ingestion. We at Muvi, provide you a convenient and powerful interface that allows you to do everything you want to do with your live stream. Get-in-touch with our tech support for additional information on streaming protocols and anything related to RTMP. Take a free trial to explore some of the powerful features of Muvi now!

Ankit is Content Writer for Muvi’s Marketing unit. He is a passionate writer with 3+ Years of Experience in Content Creation And Development. In his past time, he likes to dance, play football and google various things to quench his thirst for knowledge.