Social TV : The Next Level of Audience Engagement Is Infectious 13 July 2015 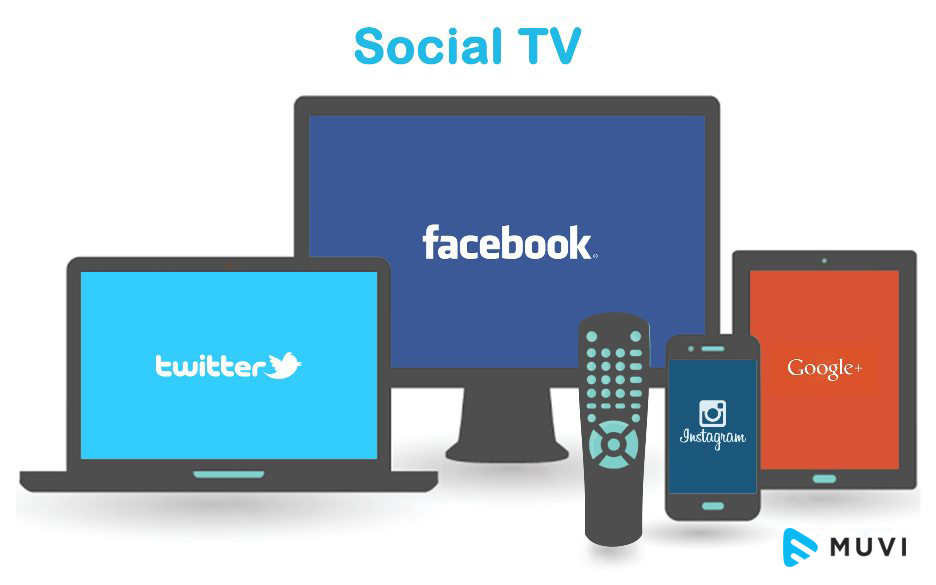 Integration of social media content into TV programming and advertising to better engage audiences with shows and fellow viewers, sometimes referred to as ‘Social TV’, is one of the hottest audience engagement strategies today. The potential synergies between TV and social media could be game changing. But even now, innovative shows like American Idol, Glass House, and Dancing with the Stars allow viewers to influence content by voting. News outlets like CNN and FOX promote Twitter hashtags and Facebook discussions while displaying selected viewer tweets on air. And advertisers have gotten into the act too, through second-screens and supplemental content, promoting social media channels on air that encourage viewers to play games with other consumers or contribute their own brand-specific content to YouTube.

A Viacom survey in 2012 found that Social TV viewers engage in up to seven different types of social TV activities, with 85% watching TV with others, and 56% using social media applications to interact online during broadcasts. Simply put, consumers’ TV viewing behaviors have been changed by social media, and networks and marketers must adapt as viewers multitask their attention across multiple screens. But how does it benefit businesses to know this?

Field Day At The Super Bowl

The most recently notable example of the social TV phenomenon was Super Bowl XLVIII, where the event name alone collected close to 5 million mentions across social sites. Advertisements like RadioShack’s 1980s-themed commercial generated a lot of social mentions, while Budweiser’s “Puppy Love” commercial was shared via YouTube a few days before the Super Bowl to get the first dibs on social engagement with the audience. Not to forget the world-class Oreo ad during a blackout that won awards and hearts galore.

Advertisements aired during the Super Bowl that featured Twitter hashtags received 42% more mentions than other ads. This is an important indication that hashtags have the potential to be the next social call-to-action (CTA), giving the audience an easy way to engage with a live event, TV show, or a brand.

The critically acclaimed AMC show Breaking Bad not only dominated the airwaves, but Facebook as well with an outstanding Facebook app. The app transformed a person’s name with element icons like the iconic logo, and allowed people to set it as their Facebook profile photo.

The app was a huge success garnering over 4.1 million impressions and was used by over 800,000 people. The success of this app and previous personalized apps like Elf Yourself and Mad Men Yourself prove that this kind of engagement works really well on Facebook and is a strategy that other TV shows can follow.

The Scandal of a Success

For some in social media, Scandal is a communal experience and with 4.3 million tweets for 2013 season alone the show became a social phenomenon through the use and manipulation of social media, what some called ‘the show that Twitter build’, this combo of a promotions strategy and thriller show, a high-stakes soap opera, involving election rigging, a presidential assassination at-tempt, a failed internal White House coup, and many other crazy shenanigans, could be preposterous on virtually every level, but also an fun in a certain way as a soapy political drama.

In reality, without the push of Twitter and social media the show probably would have being canceled in the first season, all the cast of the show has live-tweeted extending their brand image into the digital area, in which we have proof of how –we like it or not- social media change television enhancing the way people do their TV viewing.

Cashing In On ‘Social TV’

Ultimately, the definition of advertising is changing within the TV landscape. With social TV, advertising is gradually turning into interactive and participatory marketing that offers brands a personalized connection with the consumer, along with new ways to collect data and further enhance marketing strategies. Two important conclusions that may be drawn for Social TV are :-

The Video-on-Demand viewing model today will have to accredit social networks for its successful runs with both longer and shorter video content formats. Be it a new ultra-VOD indie release or the premiere of a politico-drama on-demand TV show, without a proper social media strategy, the online viewing is bound to drop post the release. Today, rating agencies like Nielsen have referred to social TV as the bellweather of audience engagement, while others believe that social engagement is a better metric for audience behavior analysis than traditional TV ratings.

With Muvi’s Do-It-Yourself VoD platform, you will have the access to analytics for gauging audience behavior and built-in marketing tools such as SEO-optimized website, user database for email marketing and social media integration. Also comes bundled is an embeddable video player with social sharing features, which means syndicating your content on social networks is just a click away. Custom viral apps are also available to promote your site and content in the social arena.