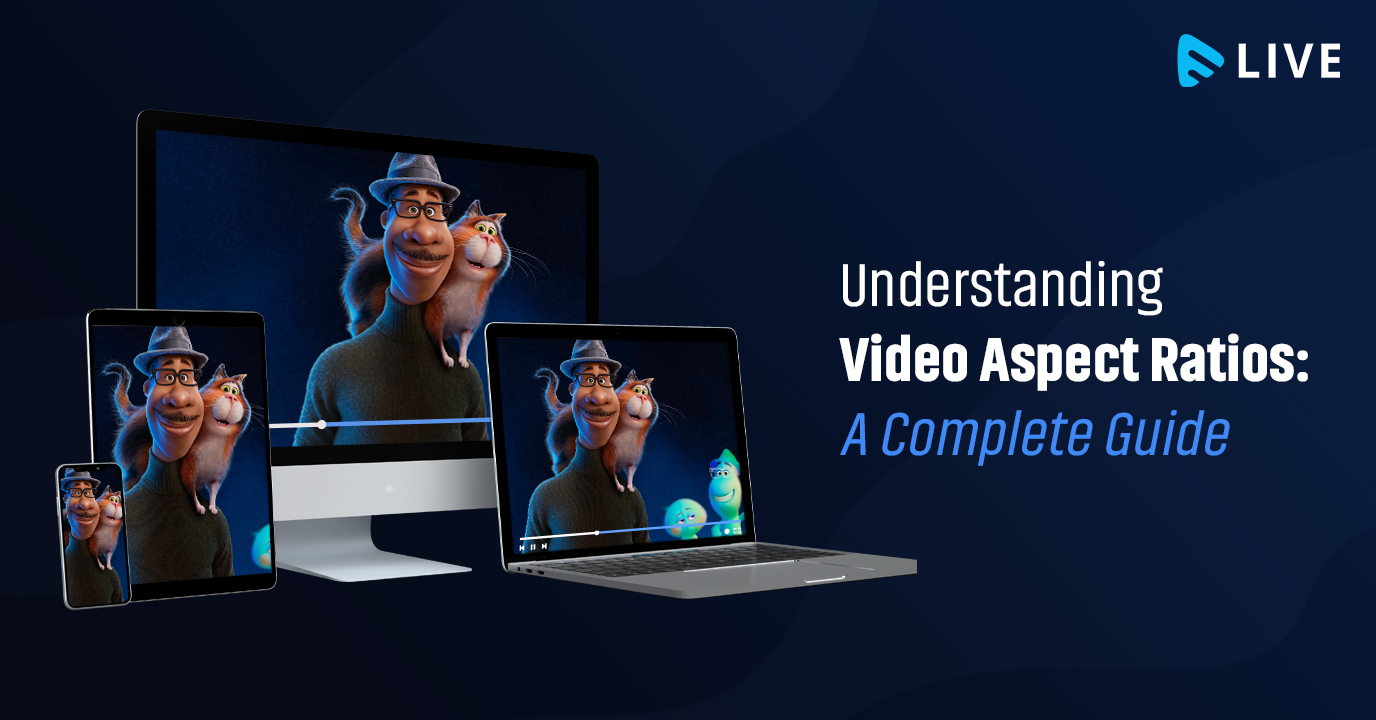 Video aspect ratios play a significant role in any video content and the overall experience your viewers will have based on the platforms/devices the content is displayed. And for any video streaming platform, be it live steaming, OTT app, or website, video aspect ratios and resolution go hand-in-hand determining the streaming quality for the users. While we all are familiar with many of the popular aspect ratios such as 4:3, 16:10, widescreen or full screen view etc., they are more than just numbers or ratios determining the screen size the content will be played on. Wondering what these aspect ratios really mean, or are they important? Well, we are going to provide you with the thorough knowledge on that. Read on to have a better understanding of video aspect ratios and all you need to know about them.

What is Video Aspect Ratio?

Let’s know a bit more about the different types of aspect ratios, what they mean and their usage.

For decades, 1.37:1, also known as academic ratio, used to be the standard aspect ratio. But gradually, with the introduction of OTT channels, multiple VOD platforms, and commercialization of TV sets, more variety of aspect ratios came into the play. Be it live streaming over OTT platforms or videos shared on social media, there are different video aspect ratios that suit the best in each of these cases. Let’s have a look-

This aspect ratio defines the normal widescreen format and is slightly wider than 16:9. While this is a common aspect ratio for films, many television shows and video content requiring a cinematic effect are also shot in 1.85:1. Such content is displayed with thin black bars at the top and bottom on TV screens or computer monitors.

Known as anamorphic widescreen format, the 2.39:1 aspect ratio is the most suitable for shooting landscape views. This aspect ratio is also quite common in modern movies, feature films etc. 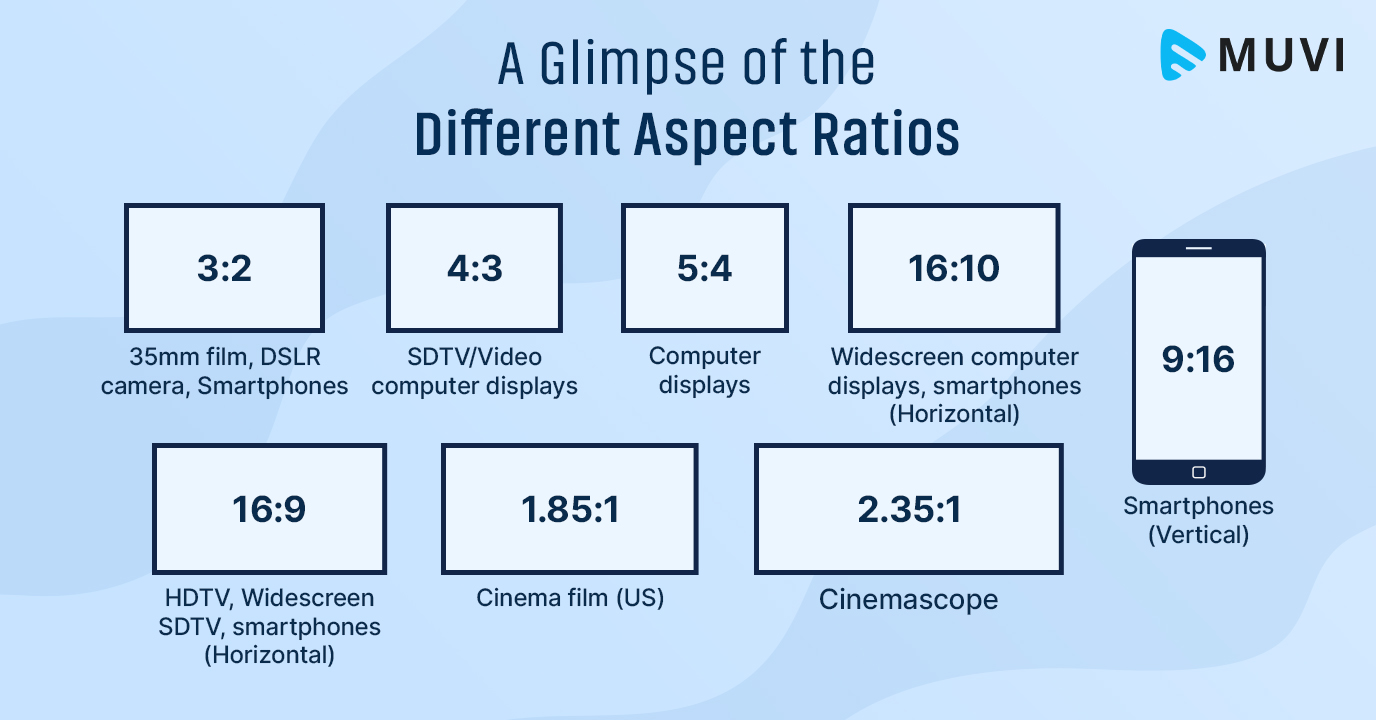 Years ago, the 4:3 aspect ratio was the most popular and common one among filmmakers. However, it is more apt for the television sets with standard definition than the widescreen HDTVs.

This is definitely one of the most commonly used aspect ratios, be it shooting for TV or videos to be streamed online. Being the standard size for most of the computer monitors and high definition widescreen TVs, 16:9 is a widely adopted aspect ratio among the video content makers. Unless you are releasing your content in theatres, this can be your go-to choice.

The 2.76:1 aspect ratio is extensively used in films that are displayed on the big screens of IMAX. In order to provide the audience with the exclusive experience of watching in theatre and not only in TVs, most of the movies are bringing this back.

Note that, for a single aspect ratio there can be multiple video resolutions.

I,e. for 16:9 aspect ratio, the possible resolutions are-

How to Choose the Aspect Ratio for Your Videos

The aspect ratio has a major role in determining the mood, composition, and overall impact of your video content on the audience. A few tips to choose your aspect ratio-

Also, there are specific aspect ratios that work the best for various social media. And you must be well-aware of that before streaming or sharing your video content on these media-

Understanding video aspect ratios is one of the basics to nail before you make your video content and stream those over various platforms. Based on the type of videos, audience, as well as which platforms it can be shared on later, you should opt for a video aspect ratio. Even for live streaming, always keep in mind where it will be viewed the most, for instance, there are different aspect ratios that work the best for different social media and so on. Having a clear idea on video aspect ratio will help you in the long run, especially if you are operating in the streaming industry.