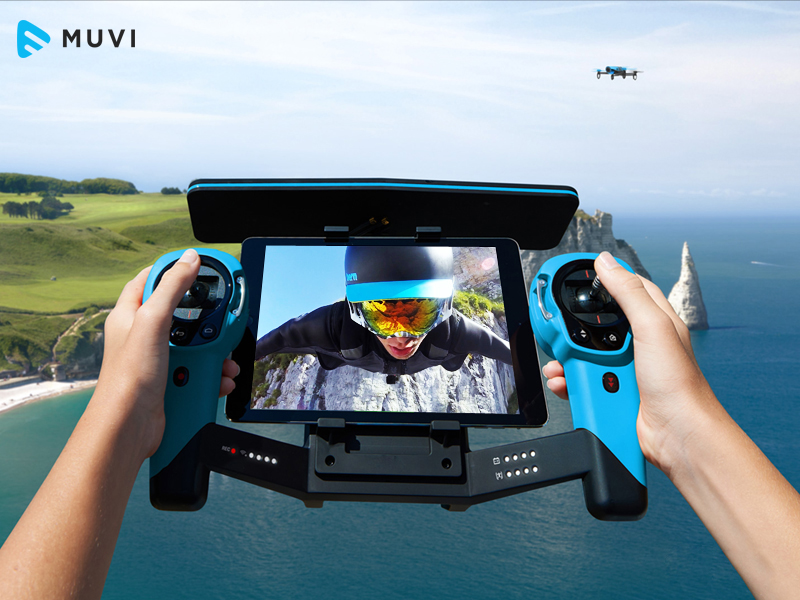 It’s raining Drones, GoPros and wearables. Video streaming from these devices is catching up to become mainstream. Recently, Periscope and GoPro partnered to launch live streaming on Periscope directly from select GoPro devices. This news comes up shortly after Periscope integrated with Twitter’s timeline, allowing users to broadcast via tweets. This has already led to an increase in the availability of live adventure videos on social medias.
Live streaming is growing

110 years of live video is accessed on Periscope each day. In-feed videos are doing great on Twitter, and marketing professionals are cashing in on it. The live nature adds a new level of ‘trust’ value to it as there are no cuts or retakes in it. Facebook is doubling on live video content by adding new features like a separate tab, and other borrowed features from Periscope. Reports suggest that Mark Zuckerberg is ‘obsessed’ with the potential of live streaming. Video streaming within tweets using Periscope has been used during important events like the recent earthquake in Nepal and also the crisis in Syria. Reaching out to people globally through live streaming is more effective than recorded videos.

Ads for drone based video shooting are everywhere. Drones can be used for live video streaming too. From weddings to product launches, many events are being telecasted to public and private networks using drone cameras. Recently, General Electric has used camera equipped drones to live stream from five of its factories and wind energy devices from the air using Periscope. Around 20,000 people viewed the live broadcast. On Facebook, the recorded version received 2.6 million views. Using a drone camera to shoot on high altitudes is definitely much more economical & safer than a helicopter or other mechanical device usage. Off course, the quality of videos would be arguably inferior on a drone camera. But technology is fast improving – 4K streaming drone cameras are stepping in. Video shooting and live streaming from drones would become a very mainstream scenario. 360 video streaming and VR headsets will be a natural evolution from this.

Live video streaming is next coming on wearable technology. Soon it will be possible to broadcast content from a smart watch to live streaming platform like Periscope, Meerkat and others. Fitness apps and devices are also making experiments on streaming directly. In the future, it can be expected from fitness expert to live stream exercises as well as monitor your vitals remotely from the same device. Drones showing live traffic conditions, cars streaming road congestion from in-dash cameras, disaster monitoring, etc are possibilities which mountable devices along with live streaming are going to make our lives easier.

Muvi can help you start your own live streaming or video-on-demand platform at zero CapEx and in a few hours. Muvi video streaming platform can be activated with a couple of clicks; it doesn’t require any coding or technical knowledge. Contact us today for more details.