What are the Differences Between Chromecast and AirPlay? 27 October 2022 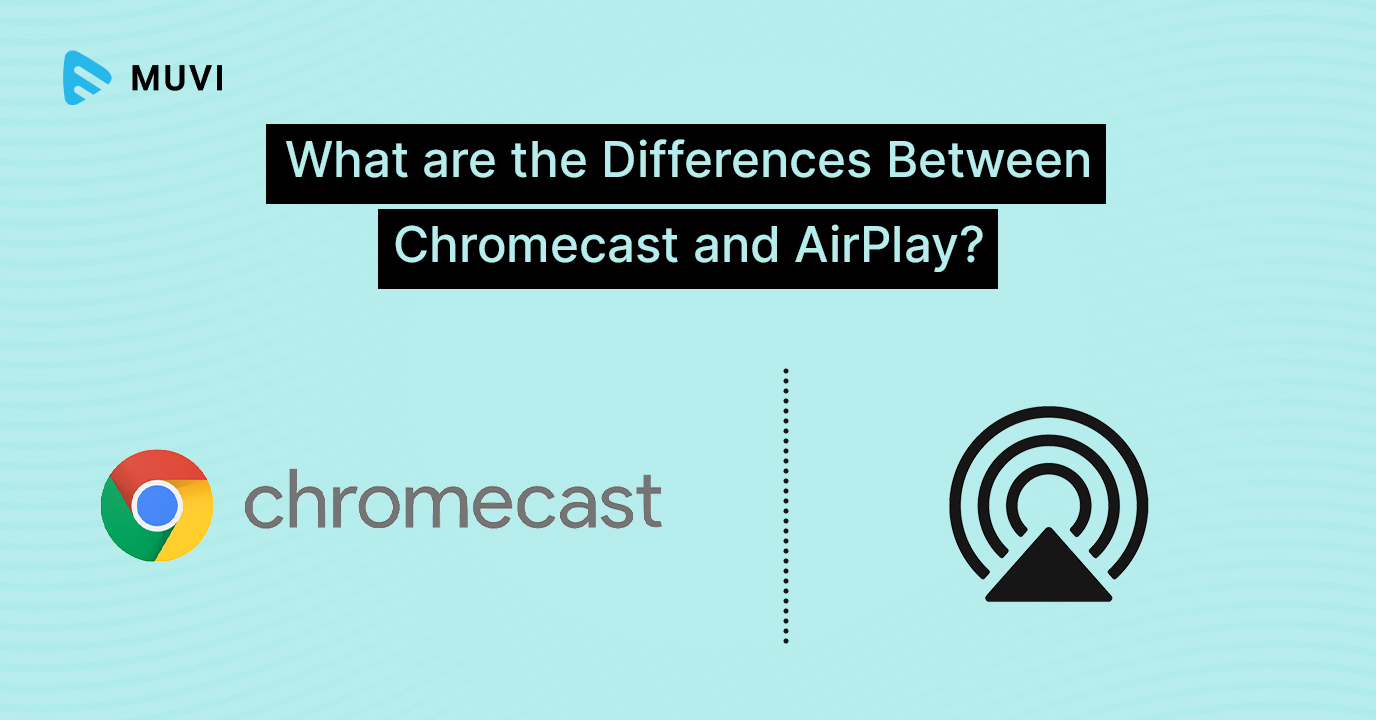 The growing popularity of internet-based audio and video streaming has resulted in the rising adoption of streaming technologies and wireless communication protocols like Chromecast and AirPlay.

While Google’s Chromecast is popular for streaming on your preferred devices like TVs, and other Chromecast-connected screens, Apple’s AirPlay is famous for letting you stream video/audio content on diverse connected browsers and Apple devices.

Google’s Chromecast refers to a line of digital media players developed by Google that are equipped with the built-in technology to let you stream your preferred video/audio/app/channel content to your smartphone, laptop, TV or other devices.

You can easily plug it into your TV through its HDMI (High-Definition Multimedia Interface) to turn it into a smart one, as well as perform other tasks like take calls or send texts while watching. There are several generations of Chromecast that came into play since its release date as shown below.

The Google Cast SDK (Software Development Kit) was released in February, 2014 to simplify the modification of third party software to make them compatible with Chromecast and other cast receivers.

AirPlay is compatible with a broad range of sender and receiver devices as shown below.

Chromecast Vs AirPlay: A Comparative Overview

Though Chromecast and AirPlay both are highly popular among the audience, there are a lot of differences between them based on several factors as discussed below.

Both Chromecast and AirPlay2 offer quality video streaming experience to their audience and offer up to 60 fps and 1080p resolution. While AirPlay 2 is capable of providing high quality video mirroring experience with Apple TV 4K, overall, its video quality is not that competent and Chromecast is often preferred by the audience in this regard.

Chromecast is equipped with Google Assistant while AirPlay comes with Siri. While both of them offer competitive voice control features, there are some basic differences. Siri supports 21 languages, while Google Assistance supports more than 30 languages.

Siri is popular for its advanced communication capabilities like sending messages, taking calls, giving directions and voice recognition. Google Assistance, on the other hand, is well-known for general knowledge, supporting an extensive range of smart home gadgets and easily integrating with third-party smart devices. Siri supports Apple Homepod and Apple TV, though it’s not that competitive in terms of smart home compatibility.

Chromecast and AirPlay both offer quite a simple solution  in terms of set up, pairing, and other controls. Even without much technical knowledge, one can operate them which makes them highly sought-after among the audience.

Chromecast and AirPlay2 both are becoming available as built-in in a range of TVs such as Sony, Vizio, Sharp, Philips, Toshiba, and Soniq for Chromecast. Airplay 2, on the other hand, comes with LG, Sony, Samsung, and Vizio.

This lets the streaming players target the respective TV ecosystems. As stated in a recent market report, the global casting devices market is expected to grow at 16.4% CAGR through 2026 and Chromecast and AirPlay2 have a significant contribution to it. More than 55 million Chromecast devices are sold yearly on an average.

The global AirPlay devices market is expected to reach US $9.13 billion by 2029 from its benchmark of 3.82 billion in 2021 while growing at a CAGR of 11.50% during the forecast period of 2022 to 2029. Undoubtedly, both Chromecast and AirPlay offer lucrative growth scope to the streaming players to leverage their respective market potential. Also, Chromecast and AirPlay connected devices let you target the respective devices and TV ecosystems to expand your audience base and increase your streaming business profitability.

Muvi, an all-in-one OTT platform provider, lets you build and grow your own branded OTT app and website with robust support for Chromecast and AirPlay to let you target their respective ecosystems, and increase your streaming business profit.

Also, it offers a range of competitive features, solutions and perks such as –

chromecast AirPlay Chromecast vs AirPlay Differences between Chromecast and AirPlay