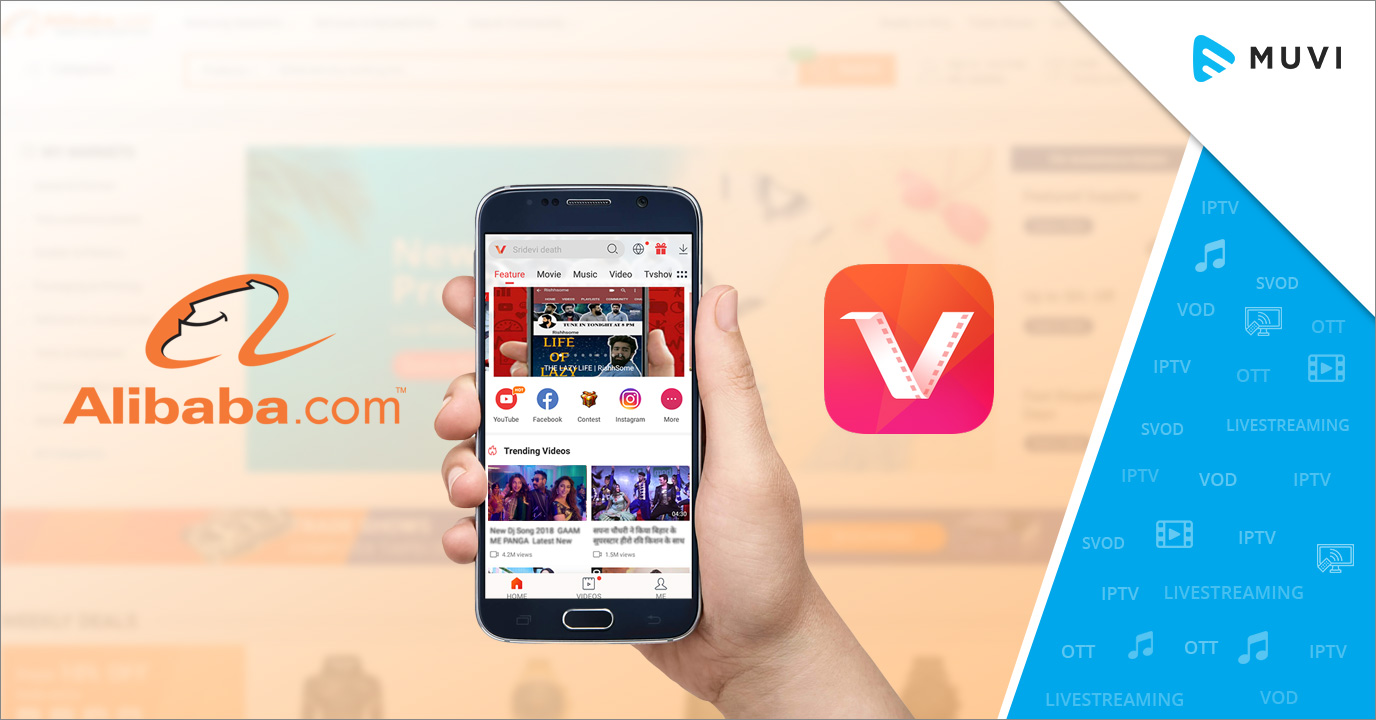 Alibaba invests 100Mn into VMate – a short video streaming app, to increase the company’s foothold in the booming Indian OTT market. VMate was earlier launched in 2016 by UC Web (Alibaba’s subsidiary) and is now one of the growing video-sharing apps.

According to reports, VMate has more than 30Mn global users and is witnessing great response from users, especially Indian audiences. With Alibaba’s funding, VMate will scale up its business with enhanced features like video downloads and 3D face emojis.