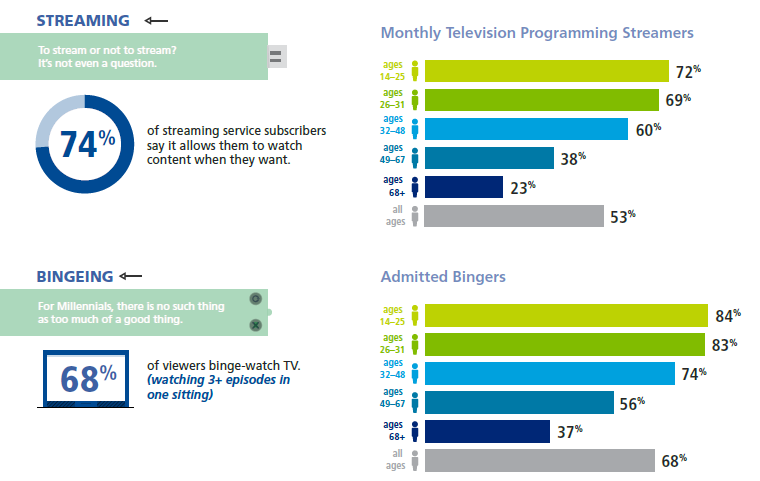 According to the recently released Deloitte “Digital Democracy Survey,” streaming OTT video services, used by more than 42% of American households, has overtaken live programming as the viewing method-of-choice, with 56% of consumers now streaming movies and 53% streaming television on a monthly basis, as compared to 45% of consumers preferring to watch television programs live.

The report also finds that the trend of binge-watching, viewing three or more program episodes at one sitting, is prevalent with 68% of consumers doing so today. 31% of Americans who binge-watch, do so at least once a week, led by Trailing Millennials, who binge watch more frequently than any other generation at 42%.

TV-dramas are the most popular television genre to binge-watch, says the report, commanding 54% of binge-watchers’ attention; a characteristic more pronounced among females. And, 20% of Americans binge-watch comedies, with more being male.