CBR vs VBR: Which is Best for your Online Video Platform 03 February 2022 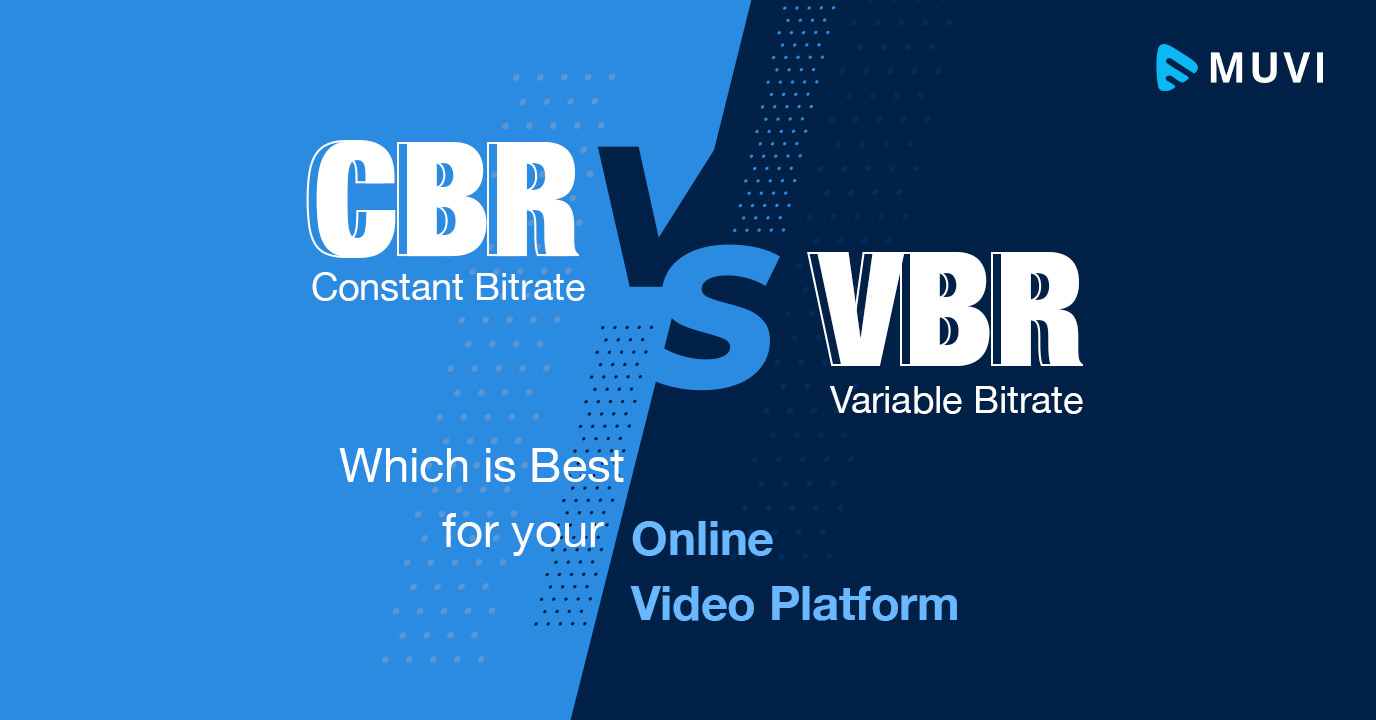 Launching a streaming service looks complicated especially when you are not conversant with choosing the right encoder settings for your video platform. If you’re new to the domain of encoding and streaming, the broad spectrum of options will confuse you, specially terms like CBR and VBR. So, what are CBR and VBR encoding? Which is better – CBR vs VBR? Relax! Grab a cup of coffee and in the next few minutes, you will get answers to all your questions.

Bitrate is defined as the amount of data transferred in a second. In the video streaming industry, video bitrate is measured in kilobits per second, or kbps. Bitrate plays a key role in determining the quality of a video. The higher the bitrate, the better the video quality.  However, there’s a catch here, as higher bitrates need faster internet speed. Bitrate is also something that is important in the encoding or transcoding stage of the streaming process since this too deals with the transfer of data.

Since CBR uses a constant transmission, the bitrate is set at a single rate and measured as such. It’s recommended that you set your bitrate relatively high so that your encoder can handle more complex segments of data as it processes your video.

A few advantages of CBR-

VBR, also known as variable bit rate, refers to data being transmitted at a variable rate. The rate of transmission of the output data in this case is continuously optimized depending on the complexity of the segment. Encoding in VBR makes it possible to process at a higher bitrate and transmit larger files.

For more on video transcoding, read blog Video Transcoding: Why is it Important in Streaming?

CBR vs VBR: What’s the Difference?

Lets quickly take a look at the basic differences between the two encoding processes (CBR vs VBR):

CBR vs. VBR: Which is Better?

There is no predefined formula to determine the winner of the CBR vs. VBR encoding debate. Instead, the best option amongst the two has to be chosen by you according to your streaming needs.

If you are a live streamer having lots of live content on your OTT platform, CBR encoding is the right choice. But if your services are focused on high-quality video-on-demand (VOD) streaming, you should use VBR encoding.

CBR is the best setting for live stream encoding as the consistency of CBR makes it more reliable for time-sensitive data transport. Since most live videos are broadcasted at a single bitrate, CBR is best-suited for live broadcasts.

Also note that VBR is a relatively new technology, therefore it has its own set of limitations. It may not be compatible with all video players and encoding hardware/software.

The CBR vs. VBR analysis is a crucial encoding setting choice you have to determine for your streaming platform. While both CBR and VBR play different roles in online video streaming, it is important to use the appropriate option according to your specific streaming requirements.

Be it live streaming or VOD streaming, we recommend taking advantage of Muvi’s feature rich Online Video Platform to best optimize your encoder settings for either CBR or VBR.

All you have to do to access your 14-Day Free trial and sign up with Muvi, and you’ll be up and running in no time. No coding required!