Video Transcoding: Why is it Important in Streaming? 10 January 2020 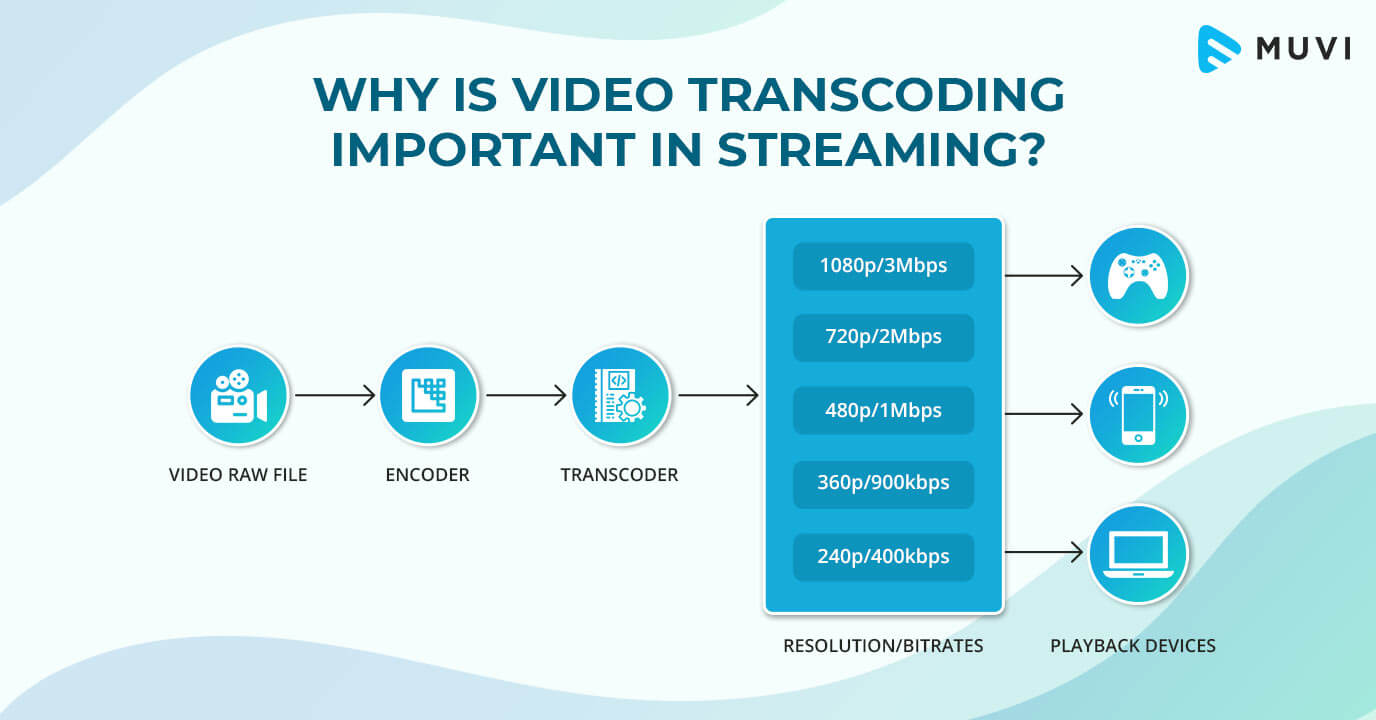 If you are a newbie in the streaming and media industry, you probably must have heard the terms “encoding” and “transcoding”. However, you aren’t exactly sure what they mean.

Well, you have come to the right place as we are going to explain what video transcoding means and what it isn’t and what it’s often confused with. We will start with video encoding first.

After the media production of a video, its initial digital format is still a raw file. This raw file in itself cannot be distributed or accessed by different devices. So, for video files to be stored and accessed across different devices it needs to be compressed in the particular digital format compatible across the device. This form of video compression for files is done by the encoder for making them compatible with a target device and the process is called encoding.

Encoding is the process of converting a raw video file into a compressed and digitally compatible format. It is only after encoding that the new compressed file is capable for distribution and playback in mobile, web or TV players.

What is Video Transcoding?

Sometimes, the terms encoding and transcoding are used interchangeably, despite their different use-case.

Video transcoding generally happens when the video file is being moved from a source to a different destination, supporting different file formats.

An example of transcoding would be converting from an MPEG2 source to H.264 video codec and AAC audio codec.

So, we can say that transcoding is a more complex variant of the encoding process as it involves both the process of encoding and decoding.

Is Transcoding and Transmuxing the Same?

It refers to the process of repackaging an already compressed audio and video file without changing the actual audio or video content.

For example, you might have H.264/AAC content, and by changing the container it’s packed in, you can deliver it through multiple streaming protocols such as HTTP Live Streaming (HLS), Smooth Streaming, HTTP Dynamic Streaming (HDS) or Dynamic Adaptive Streaming over HTTP (DASH). The computational overhead for transmuxing is much smaller than for transcoding.

Although transmuxing is similar to transcoding, it is generally considered to be a more lightweight procedure and requires less computing power.

Why is Transcoding Important in Streaming?

Now that you have already gained a fair idea about what encoding and transcoding is, let us understand why this process plays a vital role in the streaming industry.

If, for example, you want to live stream a video using an RTMP encoder and select the most popular H.264 video codec at 720p, many viewers without sufficient bandwidth will not be able to view the stream as their players will be constantly buffering waiting for 720p video packets to arrive. Without transcoding the video, an entire section of your viewers with slower data speeds will not be able to watch your videos.

This is an automatic process wherein the video player detects the viewer’s internet speed, and delivers them the most appropriate rendition. This entire process fully depends on video transcoding.