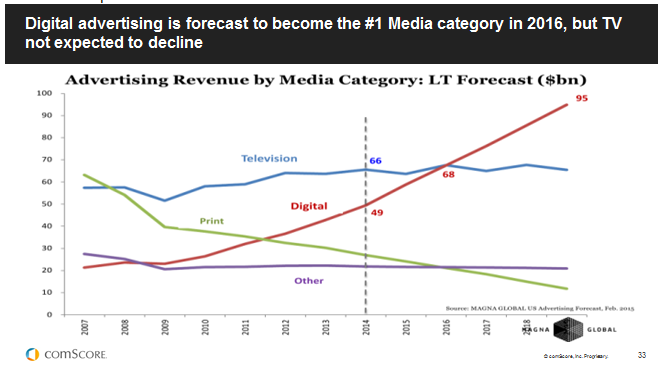 Digital advertising is expected to overtake TV to become the top media category in the US in 2016, although the overall TV market is not expected to decline, a new report has forecast.

According to estimates by analytics firm comScore, and seen by CNBC, digital advertising is currently standing at about 80% of the value of TV advertising.

However, comScore calculates that OTT TV platforms will surpass TV next year on its current growth trajectory. US digital adspend amounted to $13.3bn in the first quarter of 2015, a year-on-year increase of 16%.

While accepting that internet will become the largest advertising platform worldwide next year, Warc’s International Ad Forecast, released last week, does not align with comScore’s findings for the US.

Both pieces of research recognize the $49.5bn of internet adspend in the US last year. However, Warc concludes that TV will remain the largest ad platform in the US by the end of next year, albeit marginally, with adspend approximately $700m higher than internet. 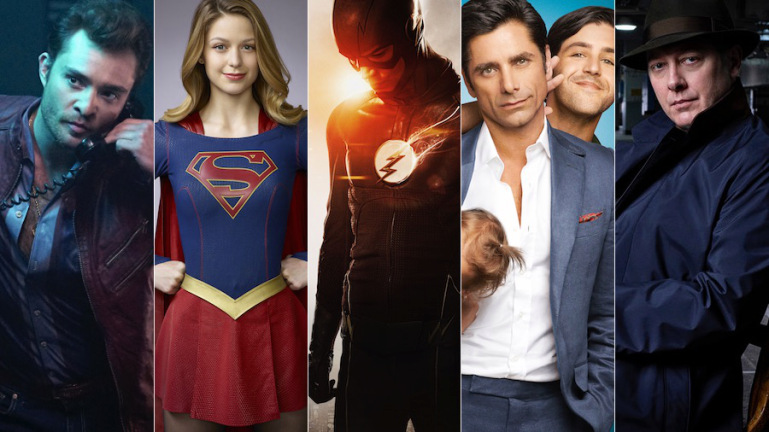 Key Reasons Why TV Is Taking The Dip 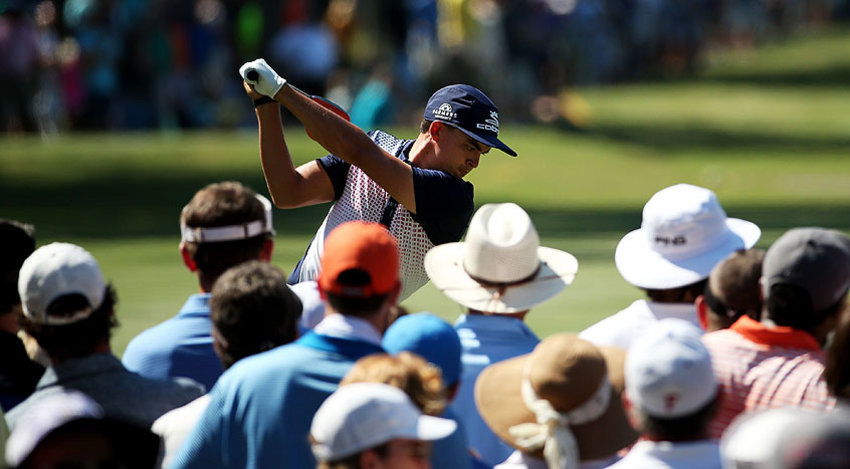