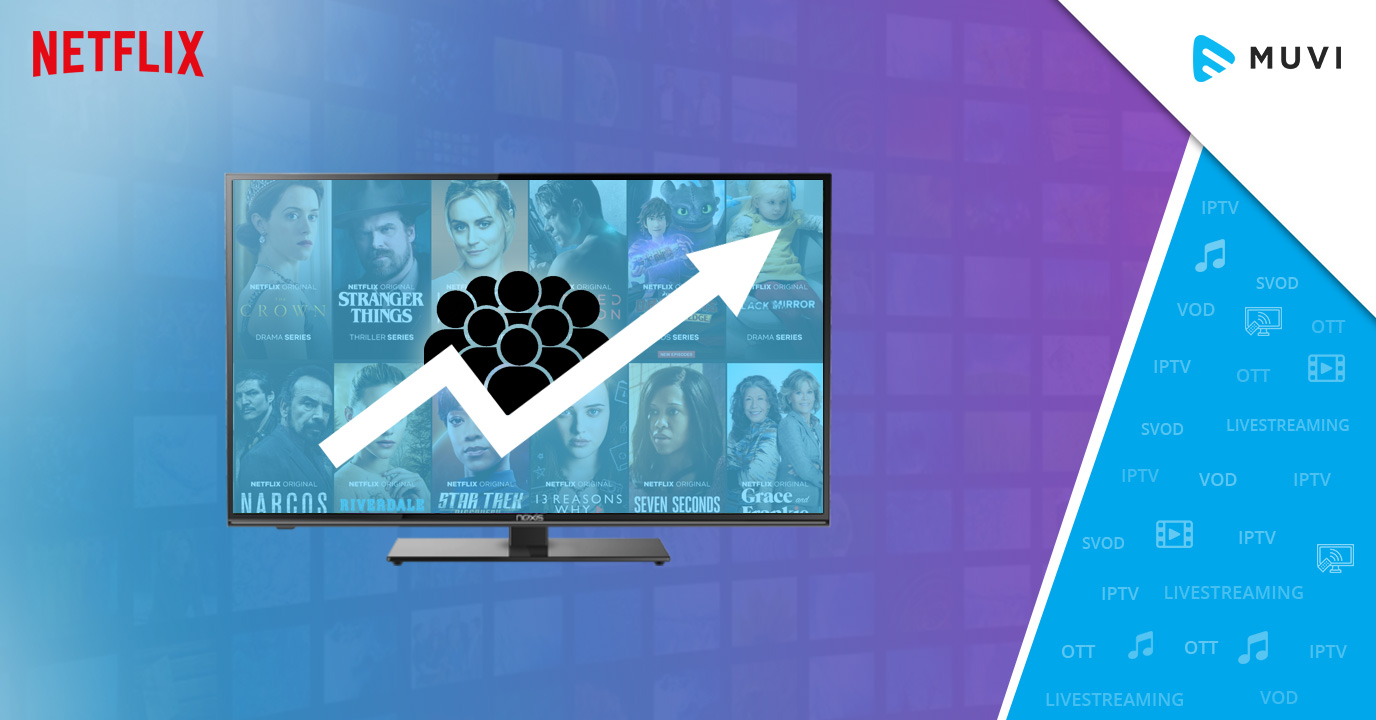 According to the Q1 reports of Netflix, the video streaming giant adds 9.6 million new subscribers in the first three months of the year, despite increasing competition from rivals.

Now, Netflix has a total of 155 Million global users with almost 148 Million paying subscribers. With this, Netflix makes up nearly 30% of global video streaming subscriptions and continues to dominate the industry over a majority.

In a press release, Netflix stated: “We don’t anticipate that the new entrants will materially affect our growth because the transition from linear to on-demand entertainment is so massive and because of the differing nature of our original content offerings”.

Last year, Netflix spent $12 billion for producing original content and the analysts expect the figure to surpass $15 billion in 2019.