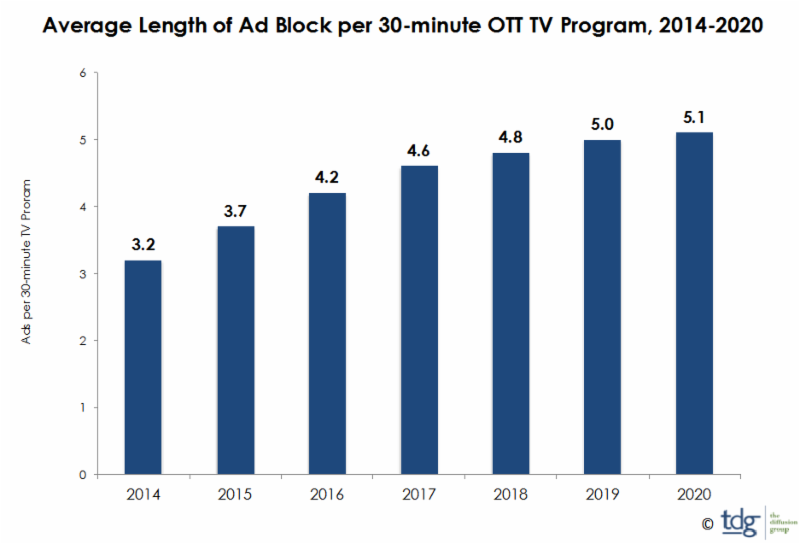 According to a new report from TDG, revenue from OTT TV advertising, that is, commercial advertising placed in full-length TV-quality programming delivered via broadband, is expected to grow nearly four fold between 2015 and 2020. The Future of OTT TV Advertising 2015-2020 represents the first publicly-available ad forecasts associated exclusively with the delivery of OTT TV content.

According to TDG’s analysis, the average ad load for a 30-minute legacy linear program will decline by 38% between 2014 and 2020, from approximately eight minutes to around five minutes. During the same period, average OTT TV ad loads will increase 63%, from 3.2 minutes to 5.2 minutes, during the same time period, bringing OTT platform ad loads in line with that of legacy linear TV.