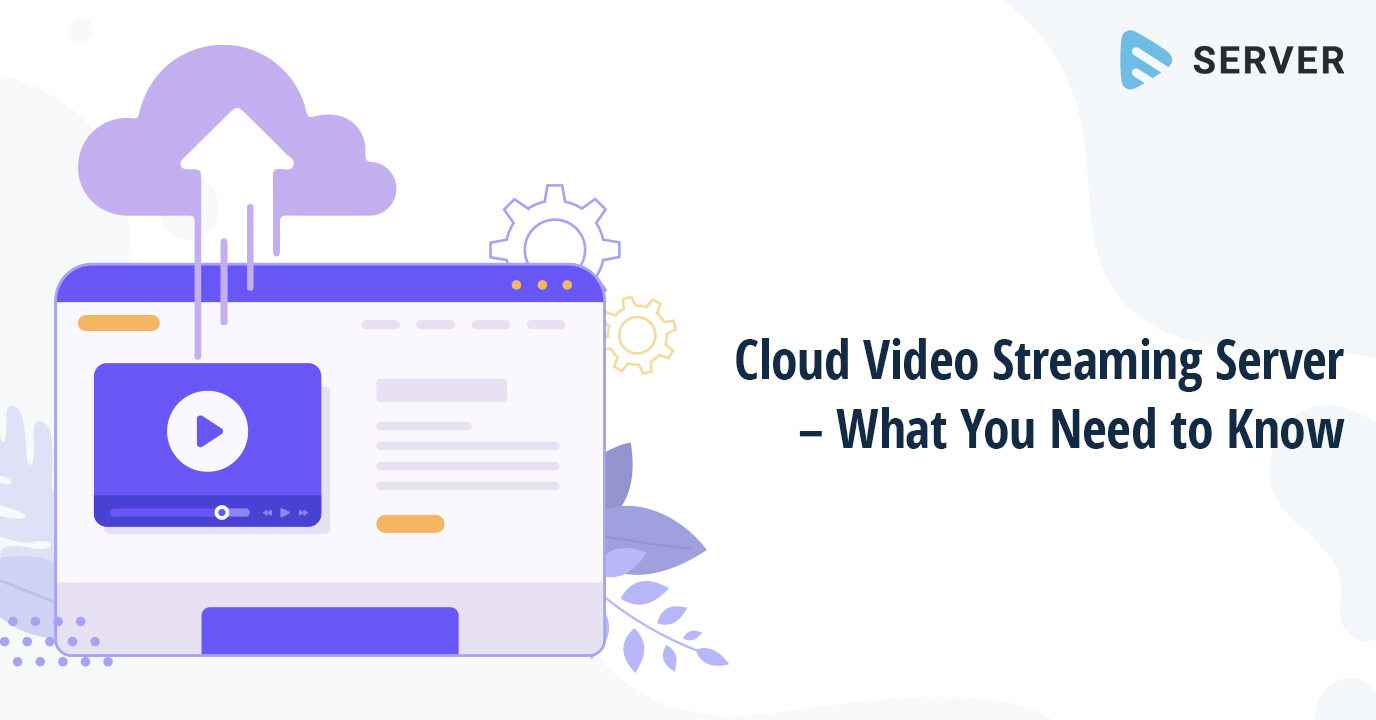 What is a Cloud Video Streaming Server?

A Cloud streaming server is like a huge computer where video and audio files are stored and they are delivered online to viewers who have requested them.

Cloud streaming is a method for storing and delivering video content on the cloud using cloud servers instead of using on-premise servers. Cloud streaming with Software as a Service (SaaS) solution can greatly simplify the streaming process for broadcasters.

Cloud streaming lets you scale on-demand according to traffic spikes without having to worry about maintaining on-premise servers and other infrastructure. Also, there is no need to invest in the hardware itself upfront, so your business is able to focus more on producing quality content rather than spending time on technical hassles.

A cloud streaming server basically accelerates the process of online delivery of video content through a process called HTTP caching, where the content is temporarily stored on multiple servers throughout a content distribution network (CDN). When a viewer clicks on a video, the request is routed to the closest server with the cached content. The server then loads the appropriate video file from storage and then streams the cached content to the viewer’s device. In this way, sending the cached content is faster than delivering it from the originating server, as the journey from the cloud streaming server to the viewer’s device is reduced.

How Does a Cloud Video Streaming Server Work?

When delivering content, the cloud streaming server ingests a live stream which is delivered by a video encoder or receives an upload for VoD files. Cloud streaming servers use different protocols like RTMP (real-time messaging protocol) ingest to fetch the content from the encoder to the platform. After the video files are received they are stored in a CMS to be delivered to viewers. The video files are packaged in multiple container formats using cloud video encoding. After encoding is done,  the cloud server software delivers these video streams to users.

Features to Look Out for in a Cloud Video Hosting Server

A streaming server with Cloud video encoding converts video files to make them viewable by any media players, devices, or web browsers and operating systems, using the power of the Cloud minus any storage costs.

You can encode videos fast and reach a multitude of Internet-connected devices without investing in costly infrastructure. As against on-premise servers, transcoding in the cloud scales instantly according to demand, giving you the power of large encoding clusters without burning a hole in your pocket.

To know more about cloud video encoding and on-premise encoding read our blog Cloud Video Encoding vs On-Premise : Pros, Cons and Beyond.

Designed to support exponential data growth, a cloud video hosting server makes it possible to store practically limitless amounts of data, that too, in a cost-effective manner. Cloud servers are architecturally designed in terms of data archiving and backup, enabling you to get access to deleted files as well.

The sheer consumption of video demands a stable and reliable CDN for maximum outreach. A cloud video hosting server will help you deliver your videos across the world to your viewers at lightning-fast speeds, without the trouble of buffering.

Nowadays, rich streaming content demands better performance from content providers, such as lower latency, improved load times, minimal disruptions, and higher transfer speed. However, in such a demanding scenario, a single CDN is often prone to suffer from problems such as outages, vulnerability to DDoS attacks, disruptions, etc. Having multi CDN inbuilt, during network congestion, peer-to-peer content delivery takes the charge by reducing the number of HTTP requests that the server has to handle. The result is consistent higher quality streams for all viewers and enhanced scalability and geographic coverage.

Muvi Server is Multi-CDN enabled ensuring ultra-fast delivery of audio/video content to end-users around the globe.

If you’re interested in setting up a professional online video business with a minimum upfront investment, a cloud video streaming solution is the way to go.

Using Muvi’s Flex businesses need not invest in resource-intensive solutions and can immediately launch an awesome video website/app  within minutes!