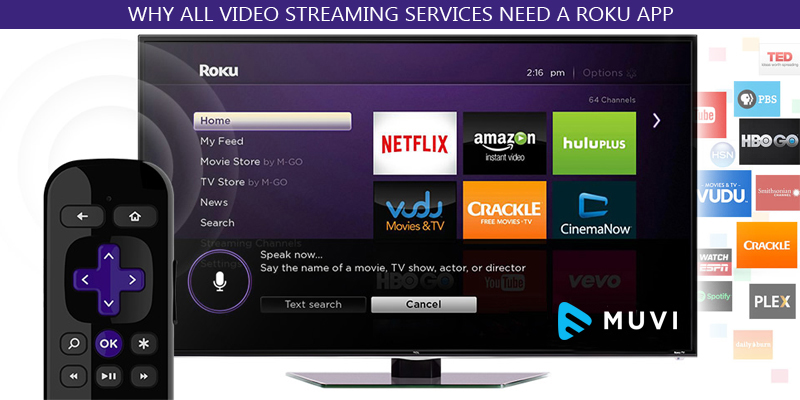 American started receiving the first TV signals over the air between the 40’s and 50’s. Between the 70’s and the 80’s, the invasion of cable and satellite companies dominated the industry.

But the day is closing in when we over the air television will be replaced by internet-based TV platforms. The internet is filled up with pieces from several analyst and industry gurus on how the internet disrupted the most conventional forms of broadcast. Despite all that, would it be really cool to watch TV on your computer? Will the user experience be the same? We don’t think so.

Probably this is how Roku was born. The Roku player is a small box that sits near your television. It receives a digital transmission from your broadband Internet service via an Ethernet cable, or a Wi-Fi signal. That signal is then outputted to your television. A remote control is used to select your programming, and to control the signal.

Benefits of Owning A Roku

Roku Shines For Advertisers Too

As per the Digitalsmith’s Q1 2015 Video Monetization report, Roku accounts for almost 8% of total ad views. Roku users watched 32% of total video ads delivered to their connected TVs. The total number of Roku boxes shipped is quite a bit smaller than the number of homes reportedly using a smart TV every week. Yet Roku users see 10 times as many ads.

As per a Parks Associate study titled ‘The Streaming Media Device Landscape’, Roku led the race of streaming media player sales with 34% of units sold in 2014, followed by the Google Chromecast (23%), Amazon Fire TV, and Apple TV. Together those companies/products dominate the streaming media device market, accounting for 86% of sales.

In this day and age, with this kind of streaming device penetration, it would be foolish to ignore Roku’s video monetization capabilities as a platform. With Roku selling more and more units, it is also becoming a target pool for advertisers. To harness the potential, a Roku App is a must for video streaming services.

ISKCON recently launched its video streaming services and within a month of launching the platform, the launch of its Roku App was announced. For a platform targeting mostly the family audience, an app on a Roku device was a no-brainer.

Ready to get your content to that 37% with Roku boxes?